The dispute around the nuclear program of Iran continues its development with certain stages repeating themselves time and again. The international community takes efforts to make the Islamic Republic of Iran stick to universally recognized standards of non-proliferation of nuclear weapons. As a rule, Teheran responds with statements saying that the community has no right to interfere into internal affairs of an independent state. Washington continues the chain with its own concerns and threats of economic blockade. Experts and journalists discuss afterwards if the USA can really invade Iran and what can happen if such a campaign takes place indeed. 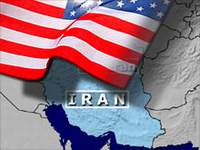 This scandal with the Iranian nuclear program took the above-mentioned turn at the end of December 2006, when the UN Security Council ruled to impose sanctions against Iran. When it became known that the Iranian administration was not going to meet UN’s requirements, US officials started threatening Iran with serious consequences. To crown it all, experts and journalists started the buzz about another possible war.

An unexpected surprise followed when the USA agreed to participate in a conference with Iran and Syria. It was a very daring decision for the US administration to make. However, many experts pointed out another curious aspect: the closer a country moves towards the creation of nuclear weapons, the more attention it receives from the United States. The recent compromise achieved during the discussion of the North Korean nuclear program has proved it too. Teheran’s ambitious foreign policies have made the US administration take quick decisions and agree for direct talks without setting forth preliminary conditions.

It goes without saying that any proliferation of deadly technologies complicates the control over them. On the other hand, nuclear arsenals kept the world from the global conflict during the Cold War. It just so happens that the destructive nuclear technology plays the same role in the 21st century. History repeats itself.

Nevertheless, military analysts say that the USA may still launch another military campaign against Iran. Even governmental experts in Washington are perfectly aware of the fact that the ground operation in Iran would be absolutely inefficient. On the other hand, many experts say that air raids would not bring any significant result either. Iran owns up-to-date air defense systems of the Russian production. More importantly, the US intelligence does not have enough information about the whereabouts of Iran’s nuclear objects.

The USA is incapable of attacking Iran, at least in the near future. Members of the UN Security Council are currently developing new measures against Iran. However, it takes quite a time to develop sanctions. Russia and China have raised objections to nearly every Western proposal for new UN sanctions against Iran over its peaceful nuclear program, showing flexibility only for a limited ban on arms exports. The U.S. and a number of European countries claim that Iran is seeking to build nuclear weapons but Tehran has repeatedly denied the charge, saying its nuclear program is peaceful and is only designed to generate electricity.

As long as the international community is busy with developing its further decisions, Iran continues its nuclear program without sanctions and war. Experts still try to guess whether Iran is working on the program for defensive purposes or not. Some agree with Iran’s official point of view and say that the development of the nuclear industry is a national goal of first priority for Iran. The answer to the question will appear in a couple of years – this is the time period needed for the creation of an A-bomb.