The results of the presidential election in Iran affected the scandal with the Iranian nuclear program and aggravated Tehran's relations with the USA and its closest allies. It became obvious last week, when law-enforcement authorities of Iran announced about the liquidation of the international terrorist network led by the British intelligence, and when the new President of Iran, Mahmoud Ahmadi Nejad, exposed his program on home and foreign policies. 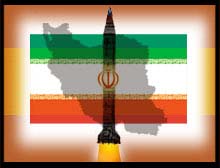 The scandal started with nuclear developments, though. Iran agreed to suspend uranium-enriching works in November of 2004: Great Britain, Germany and France offered Tehran a program of technological, commercial and political cooperation in return to Iran's full cessation of nuclear activities (enriched uranium can be used both as nuclear fuel and as a necessary ingredient for the creation of nuclear weapons.

Needless to say that it was quite a difficult process of negotiations. Iran informed the International Atomic Energy Agency (IAEA) of its intention to resume nuclear works, but the above-mentioned European states still hoped to convince the Iranian administration to shut down the large-scale nuclear program in return to cooperation with Europe and the USA. In addition, European leaders promised that the USA would smooth out its tough stance about Iran.

It is noteworthy that Tehran violated the uranium-enrichment moratorium because of Europe's failure to abide by its obligations and present a package of certain suggestions to solve the problem of Iranian nuclear programs by August 1. The documents were sent to Iran on June 5, but the process had been given a go anyway.

The Iranian administration was probably disappointed with the suggestions: they virtually allowed Iran to produce nuclear power for civil purposes and promised to render Iran guarantees of alternative sources of nuclear fuel and improve the conditions of commercial relations with the European Union.

Iran partially resumed its nuclear works on August 8, after the inauguration of Mahmoud Ahmadi-Nejad. However, Iran continued to cooperate with the IAEA, waiting for its specialists to mount surveillance cameras and unseal the rest of the equipment.

Russia, Germany, France and Japan expressed their concerns about Tehran's decision and called upon the Iranian administration to prolong the moratorium. Iran removed seals from the equipment and started preparing to launch the entire nuclear complex in Isfahan. The IAEA approved the resolution, which envisaged the establishment of a special UN committee for Iran's nuclear program.

Third world countries have all reasons to believe that the pressure, which was shown on Iraq, could be used against other states working with enriched uranium in peaceful purposes. Such activity does not violate the Treaty on the Non-proliferation of Nuclear Weapons. Washington, however, may act similarly against any other country and block such measures to US ally Pakistan, which became a nuclear power in defiance of the Non-Proliferation Treaty.

US President George W. Bush gave an interview to an Israeli TV channel on August 13, on the threshold of the Gaza pullout process. Answering a question regarding the perspective for the Iranian nuclear program, Bush said that the USA was ready to use military force to let people in foreign states live in a free community.

Bush was obviously trying to keep his promise to protect Israel from the Iranian threat. Similarly, Washington used to exercise its willingness to defend Israel from Saddam Hussein prior to the start of the anti-Iraqi campaign. The Iranian administration took the hint and estimated the above-mentioned statement from George W. Bush as an aspect of the psychological war. “The Armed Forces of Iran are capable of repulsing any aggression,” a spokesman for the government of Iran said.

Four days later the Iranian authorities announced the abolishment of the terrorist network linked with the British intelligence. The arrested “separatists” and “foreign spies” were charged with organizing terrorist activities.

The presidential election in Iran ended with the triumphant victory of Mahmoud Ahmadi-Nejad, an active member of the Islamic revolution and the war with Iraq. When Nejad became a statesman during the 1990s, he was exercising his adherence to Islamic values and intolerance to the pernicious influence of the West. Observers say that Nejad's victory can be explained with the politician's conservative views and pre-election promises to defeat poverty and revise the distribution of oil export incomes.

The above-mentioned program of home and foreign policies stipulates the development of the nuclear program, which includes the acquisition of peaceful technologies for the production of nuclear fuel.

Mahmoud Ahmadi-Nejad's foreign policy program excludes any contacts with Israel. In addition, the new president of Iran plans to gradually freeze relations with the US political regime, “until the USA learns to respect the interests of the Iranian nation.” Iran is ready to cooperate with EU states and IAEA observers and even to account to the UN Security Council. However, Iran keeps the right for sovereign development and the protection of national interests.