There could have been no 9/11 attacks

Four years after the September 11 attacks the USA was hit by a great scandal. Congressman Curt Weldon, the Vice Chairman of the House Armed Services and Homeland Security Committees, claimed that military intelligence had identified the names of suicide terrorists a year before the tragedy happened, but had not reported to the FBI and the CIA. 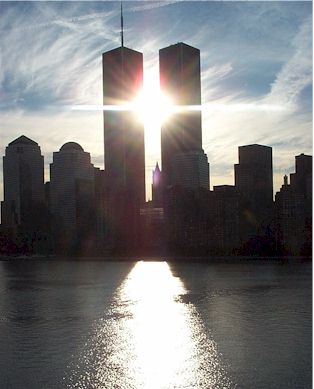 “The US intelligence knew that a group of terrorists from Al-Qaeda was in the USA in 2000, but this information was reported neither to the FBI, nor to the CIA,” he said. According to Weldon, who is writing a book on 9/11, the intelligence group started collecting information about Al-Qaeda in 1999. The former intelligence officer Anthony Shaffer went public and said that in July 2000 the intelligence program “Able Danger” identified Mohamed Atta, an Egyptian man, who directed one of the airplanes to the Twin Towers in New York. Intelligence officers tried to brief the FBI but the answer was “because these guys are regarded as US citizens they should be provided with the same rights as you and me,” – said Lt. Col. Shaffer.

Moreover, Shaffer claims that he sent the information to the Sept.11 Commission, but the latter did not include it into its final report. Sept. 11 Advocates, a group led by five women from New Jersey and Connecticut whose husbands died in the attacks, said that panel members "failed in their obligation to the American public and to those who lost their lives on 9/11." They drew a conclusion that the 9/11 tragedy should have been prevented.

The fact, which attracts most attention, is that the man who was navigating one of the planes, Mohamed Atta, fell under suspicion as early as in July 2000, but there were no measures taken. During the year preceding the tragedy he succeeded in renting a house in Florida legally and in finishing courses in flying training. After Sept.11 his flight-instructor recalled that Atta had mastered the rules of takeoff but would care less about landing. However, at that time nobody noticed this strangeness and the future notorious terrorist managed to go away to Europe, which was also discovered after the tragedy.

This story can lead to a scandal, which will outdo Watergate affair, when the Republican President Richard Nixon was forced to resign in 1974 after being charged of wiretapping Democratic Party headquarters. However, at that time it was only a violation of law, now it is more than three thousand human lives. Now and then new recordings of the phone conversations with the victims of 9/11 are presented to public. But after the recent statements it seems like this is done in order to put up a smoke screen and save the officials guilty of criminal negligence from punishment.

This scandal can be accompanied by another one on Iraqi dossier. Ex-Secretary of State Colin Powell had to admit the inaccuracy of the CIA report to George W. Bush stating that Iraq developed nuclear weapons during Saddam Hussein's regime and the Iraqi leader himself was involved in Sept. 11 attacks. As a result, the US foreign policy and especially its grounds for war in Iraq, where Americans are killed day in day out, are put into doubt. If all the facts that are mentioned above get to the US Congress and to the Supreme Court and if they are considered credible, George W. Bush will have to face the impeachment and the members of his team will resign in disgrace.

However, the Republicans will try not to give a chance to the Democrats. In fact, the war with Al-Qaeda was started with US embassy bombings in Kenya and Tanzania in 1998 while the report dates back to Clinton's presidency. Meantime, the nation was busy with Monica Lewinsky scandal, and the NATO allies were distracted by the bombing of Yugoslavia. As a result, all this can sully the reputation of the country, which sets the example of democracy to the whole world and which is the main pride for the Americans. However, at this time even the proud Americans can oppose the system, where special services do not share the information on purpose and then report false data to the president.