Al-Qaeda is going to launch a series of attacks against London, New York, Chicago, and Los Angeles within the next few weeks. This time suicide bombers are going to drive fuel trucks into the gasoline stations, according to a special memorandum released by the Department of Homeland Security. Meanwhile, National Security Service, a security agency, has been recently created within the FBI to specialize on intelligence and other national security matters. Former head of FBI counterterrorist unit Gary M. Bald was nominated director of the National Security Service last weekend. 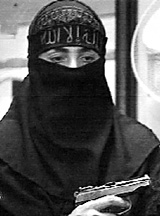 British transport ministry unveiled a memorandum forwarded last week by U.S. Homeland Security to all British government agencies. U.S. counterintelligence warns that terrorists linked to Al-Qaeda are planning to launch a series of large-scale terrorist attacks against the British and American cities. The U.S. warning is based on evidence before trial by Khalid Sheikh Muhammad, one of Al-Qaeda's leaders, who has been held in U.S. custody. The memorandum says terrorists are going to use various vehicles designed for carrying flammable fluids. Suicide bombers are expected to drive their fuel trucks into “crowded places for causing maximum damage.”

Various terrorist groups repeatedly used the fuel trucks for blowing up people and buildings in Saudi Arabia, Tunisia, Syria, and Egypt. Last month a suicide bomber drove his fuel truck into the market place in El Musaib, Iraq. More than a hundred people were killed in the blast.

According to U.S. Homeland Security, the video statement by Aiman Al Zavakhiri, 'a deputy' to Bin Laden, broadcast on August 4th, may be a code signal for starting a new bombing campaign. Bin Laden's lieutenant promised “to bring devastation to the center of London” unless the British troops pull out of Iraq. Apart from London, terrorists also promised to target major cities in the U.S. i.e. New York, Chicago, and Los Angeles.

“We still do no know whether the bombs will be detonated simultaneously or in succession,” said a spokesperson for the Homeland Security. The counterterrorist units are still figuring out what kind of vehicles the terrorists are likely to use. The believe perpetrators can use fuel trucks and trucks for transportation of liquefied oxygen and other chemicals.

Bearing in mind that data on a place and a time and a scale of potential terrorist attacks are still in extremely vague terms, the pubic can only hope for an adequate level of training of the emergency services. Coordination between the firefighters, ambulance crews and rescue workers fell short of standard procedures, according to transcripts of the 9/11 rescue operation published last Saturday. There is a voice of a firefighter on one of the tapes, he is trying to find out who is charge of the rescue operation. “We are all alone here, the second building collapsed, I can not see anything and we do not have any radio contact with anybody,” said the firefighter. The ambulance stretcher-bearer Manuel Delgado went on the air several times to point out that “we are running out of ambulances, we have to squeeze up to five wounded persons into the same vehicle.”

The New York Times wanted to make the transcripts public since 2002. Three years ago the New York city hall opposed the move. City hall and the newspaper had been in litigation for almost three years. The archive was opened last week following a ruling by New York State Court of Appeals.

The White House Weapons of Mass Destruction commission (formally known as the Commission on the Intelligence capabilities of the United States regarding Weapons of Mass Destruction) recommended President Bush to create a national security service within the FBI. It was in fact one of 70 recommendations made by the WMD commission on improving the intelligence community. The nine-member commission is led by Laurence Silberman, a judge on U.S. Courts of Appeals for the District of Columbia, and former Democratic Sen. Charles Robb of Virginia. The above two had previously leveled their harsh criticism at the FBI by saying that the bureau should improve on the intelligence gathering and field activity.

Gary Bald, a director of the National Security Service, has been with the FBI for 28 years. In 2002 he successfully led a manhunt for the notorious Washington Sniper. He was appointed head of the FBI counterterrorist unit.

Some U.S. politicians were prompt to accuse Mr. Bald of being unfit for the job shortly after his new post had been announced. They claimed Mr. Bald did not have enough experience and knowledge with respect to terrorism, social and cultural aspects of the Middle East problems. The White House appears to have found a way of filling the gap in Mr. Bald knowledge of the above subjects. Philip Mudd, a well-known expert on the Middle East and former deputy director of the CIA counterterrorist center, was appointed deputy director of the National Security Service.