Venezuela's President Hugo Chavez accused the US Drug Enforcement Administration (DEA) of spying against his government and instructed his collaborators to suspend ties with the agency. Chavez has dismissed cooperation as unnecessary and announced that his administration will cooperate with other international organizations on the subject. 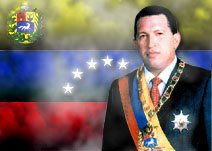 "The DEA was used as a cover... to carry out intelligence work in Venezuela against this government," Chavez told reporters as he voted in local municipal elections on Sunday. "Under these circumstances, we decided to shut down these agreements... the DEA is not essential to the fight in Venezuela against drug-trafficking. We will keep working with international organizations against drugs," he said.

The US government has not yet commented on Chavez decision, but a strong reaction is expected as the drugs issue is top at Washington's agenda for Latin America.

The suspension of cooperation on fighting drug trafficking comes as relations between both countries have progressively deteriorated since Venezuela's intelligence reports confirmed US support to coup against Chavez on April 2002. Early this year, Caracas announced an end to joint military operations and exchanges with the United States and order out US instructors he said were stirring dissent against him.

In the military field, Venezuela halted cooperation with Washington this year, as opted to sign cooperation agreements with Russia, Spain and other Latin American nations. The oil-rich South American nation has recently renewed its defensive armament with Russian rifles, Spanish ships and Brazilian aircrafts.

Despite the United States are Venezuela's largest oil client, Caracas now prefers to diversify its energetic policy by cooperating with neighbour South American nations, Iran, India, China and Russia, instead of intensifying ties with Washington. New tankers are being built in Argentina's facilities, where the old ones had been sent for repairing.

Venezuelan officials until recently had said they would continue to work with Washington on drug operations; but they admitted they had moved to curb some activities by DEA agents.