Slobodan Milosevic likely to serve his term in Russian prison

The start of the US-led peacekeeping mission in the Balkans and the consequences, which the mission has caused in the region, is known as the Balkan problem. The problem has not been solved despite the active participation of world's leading international organizations. Furthermore, politicians and experts acknowledge that the number of unsolvable questions has been increasing, whereas Western states continue exercising the single-handed approach to the Balkan issue. 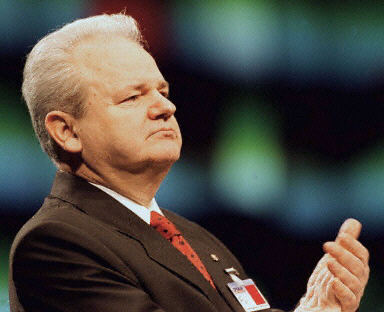 Western states persistently ignore all accusations of so-called double standards, despite the informational campaign to aim the public opinion against Serbia and Slobodan Milosevic's regime. The International Criminal Tribunal for the Former Yugoslavia was established, although charges were presumably brought down against military men of the Yugoslav army, i.e. Serbian officers, who were accused of massive executions of civilian Muslims and national minorities.

Yugoslavia collapsed as a result of the peacemaking activity of the West. Russia's influence in the Balkans weakened, while sovereign states in the region became dependant on the policies of the EU and the USA. On the other hand, there is an impression that the West prefers to ignore new problems, which may appear from the indefinite future of the Balkan states in general and the southern province of Serbia, Kosovo, in particular. Kosovo may obtain independence this year already, because of the UN's lenience. It may result in another outbreak of violence, or even launch another war.

In the meantime, the West is currently busy seeking war criminals and delivering them to the International Tribunal for former Yugoslavia, the aptitude of which is quite doubtful. However, only two names of Bosnian Serbs, Radovan Karadzic and Ratko Mladic, made headlines in world newspapers, not to mention abstract talks about the democratization of the Balkans.

There is the reverse side of the medal too: Madeline Albright, the former US Secretary of State, incumbent British Prime Minister Tony Blair, Javier Solana, the High Representative for the Common Foreign and Security Policy, Wesley Clark, the former NATO Supreme Commander and many other well-known officials have been forgotten too: these defendants will never stand up in court. The above-mentioned politicians are accused of violating the norms of the international humanitarian right and causing deliberate sufferings to the civilian population.  The Hague's Chief Prosecutor, Carla del Ponte, is aware of all testimonies and evidence, but the “severe punishment of the International Tribunal” does not reach everyone.

It is noteworthy that The Hague sends more and more of its cases to other courts, in Pristina and Sarajevo, for instance. The International Tribunal will complete only one political process, of course. Slobodan Milosevic's endless case was formally closed in February of 2004, after the court had listened to about 300 witnesses in two years.

The investigation of the case may take even more time in connection with the ex-president's poor state of health and new surfacing circumstances. It is an open secret that the list of charges brought against Slobodan Milosevic makes up 66 counts, including crimes against humanity, numerous violations of laws and international conventions, genocide of the people of Croatia, Bosnia and Kosovo.

The Western society was rather annoyed with Russia's interference in the Balkan issue. The ex-prime minister of the Soviet government, Nikolai Ryzhkov, and the former chief of the international military cooperation of the Defense Ministry of Russia, Leonid Ivashov, testified in The Hague last year on Slobodan Milosevic's case. Their statements did not change anything. Furthermore, the Tribunal sets its claims against Russia saying that Russian authorities harbor Serbian generals and assist in their movement across the country.

British and American officials believe that the last Yugoslavian president, Slobodan Milosevic, should serve his term in Russia, in the event the defendant is found guilty, of course. The Sunday Times wrote that some criminals, convicted in The Hague, had been imprisoned in Great Britain, Norway, Sweden, France, Spain and Germany. A spokesman for the Hague Tribunal confirmed that Russia could also be listed as a state, in which the convicted will be sent. Russia, in its turn, will have to provide adequate conditions to prisoners.