The six-party talks devoted to North Korean nuclear problem began in the Chinese capital on Tuesday. Russian officials participate in the talks with delegations from North Korea itself, as well as China, the USA, South Korea and Japan. Over a year has passed since the third and the fourth round of negotiations. The fourth round was originally supposed to take place in October of 2004, but Pyongyang refused to participate in the talks on account of the US-run hostile policy, Itar Tass reports. 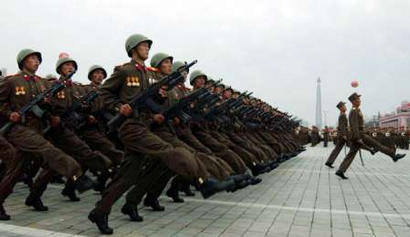 US officials have already set out their willingness to come to a compromise. The US administration harshly criticized the N.Korean regime in the past, ascribing it to the notorious “axis of evil.” US envoy, Christopher Hill, stated in the beginning of the current talks that the USA was viewing North Korea as an independent state. The official stressed out that the USA was not going to attack or invade North Korea.

Alexander Konovalov, the director of the Russian Institute of Strategic Estimations, believes that the issue of the North Korean program of nuclear weapons is extremely important for Russia. A nuclear blast on the territory of the Korean Peninsula will lead to lamentable consequences for the entire region. The nuclear cloud will cover South Korea, the US military contingent, several regions of China, Japan and Russia's Far East. Furthermore, as experience shows, North Koreans sell everything that they can make over the acute shortage of funds. If they make defense plutonium or enriched uranium and if there is even slightest demand on the market for these goods, they will definitely sell them. As soon as North Korea started producing tactical missiles, the technology was immediately delivered to Arab and other states that were willing to buy them.

The development of the nuclear program in North Korea jeopardizes Russia's security against the background of the international terrorist threat. Terrorists may obtain an A-bomb in the classic perception of this word. It is generally believed that terrorists can simply scatter pieces of radioactive materials (or use the so-called dirty bomb) or steal a nuclear warhead and launch a missile. This is not likely to happen, Alexander Konovalov thinks.

Once terrorists obtain 50 kilos of enriched uranium they can acquire all other components of a nuclear bomb on the Internet, absolutely legally. They would only need 50 square meters of a territory where they could assembly a live A-bomb. Therefore, North Korea should be involved in international economic relations.

The US administration has already tried to develop numerous variants and methods to put an end to Kim Jong-il's regime. US troops have been deployed in South Korea since 1953, when the Korean War ended.

Alexander Konovalov does not think that the USA may attack North Korea in the future. “Kim Jong-il is not scared of the USA's aggression, despite all his irrationality. One should be more concerned about aggression on the part of North Korea. Pyongyang officials say that North Korea will strike a preventive blow against South Korea, if they conclude that the danger is imminent. Pyongyang uses this factor as a trump card at negotiations. It is noteworthy that Libyan and North Korean officials had a different reaction to the nuclear weapons problem. Libya invited international inspectors, showed them what the country had and said that it was ready to destroy everything under the control of the international community. N.Korea also invited inspectors, but showed only holes to them, in which spent nuclear fuel cores were stored. It is hard to surmise what the North Korean government is pursuing at this point: whether they want to threaten the world or bid up the price of the nuclear program and receive serious economic privileges, fuel or food,” the expert said.

The people of North Korea have been balancing between hunger and undernourishment for many years already. “The US administration hopes that the North Koreans will soon run out of patience, although such an assumption is absolutely wrong. Those people can endure hunger and economic difficulties for unbelievably long, albeit not eternal, period of time. There is no need to attack North Korea. There should be an example to follow and a contact to establish,” Alexander Konovalov said.