There has been probably no person left in Russia, who would have doubts about regular Western investments for the purpose to maintain a desired political course of the Eurasian continent. It is an open secret that foreign structures support numerous public associations both in Russia and in post-Soviet states. 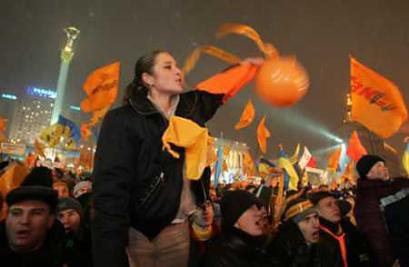 Charitable and other unselfish objectives make only a small part of their vivid activities. Politics is the most important factor at this point: such public organizations intend to guarantee a favorable geopolitical situation for those, who support and fund them. They use fine slogans about protection of democracy and human rights only as a guise, gradually aiming their country to a hidden political goal.

According to the Russian law, foreign companies, organizations, etc are not allowed to fund the political activity of Russian public organizations. Certain Russian political organizations would not mind obtaining a source of income abroad, though. It is noteworthy that even the US Congress intends to break the Russian law: the Congress plans to assign $85 million next year for the program to assist democratic and economic reforms in Russia. Five million dollars of the sum will be spent to support the development of political parties. The money will obviously be assigned indirectly, via The National Endowment for Democracy fund, which cooperates with non-governmental organizations worldwide. The results of such investments can already be seen on the example of the countries, which experienced so-called “color revolutions” – Ukraine, Georgia, Kyrgyzstan and Uzbekistan.

The Kremlin administration has finally paid attention to the problem. President Putin said at the meeting with members of the council for the development of civil society institutes that the state administration would not let foreign organizations fund political activities in Russia. The president called upon Russian citizens to solve home policy issues with the help of their efforts only.

It goes without saying that the statement from the president raised indignation among Russian public and political figures interested in the financial support from abroad. They immediately compared Russia with Kazakhstan, Uzbekistan and Turkmenistan, which practice such prohibitions within legal framework.

Pravda.Ru decided to ask several Western journalists accredited in Moscow about their opinion on the matter. How would Europeans treat the situation, if political activities of their public organizations were funded from abroad?

Irina de Chikoff, a correspondent of the French newspaper Figaro, was highly surprised with the question. “This is so absurd to me,” said she.

Vangelis Ksirotiris, from the Greek newspaper Elefteros Tipos, said that he could see nothing in common between internal affairs of a state and foreign interests. “Why should Americans try to gain profit on our territory? They have their own state for it. Greek people's interests are most important in Greece,” the journalist said.

Christina Maria Lehmus, from the Kaleva newspaper, Finland, said that the Finns would take to the streets, if such a problem occurred in Finland. “If someone interferes in our politics and supports any of our parties from abroad, we will be totally against it. We have witnessed an example of such influence in Ukraine and its “orange revolution.” This will not work out in Finland. The Ukrainians are too inexperienced in politics and political intrigues. In addition, the majority of people are very poor in comparison with European standards: it became possible to make them participate in the revolution for foreign money,” the journalist said.