Both British and world media devoted a vast number of their stories, reports and articles to the recent terrorist attacks in London. Practically every journalist tried to understand the behavior of suicide bombers in London, the psychology of potential terrorists, and what they were moved with to commit such horrible crimes. It goes without saying that the Islamic factor was one of the most important aspects in the discussion. 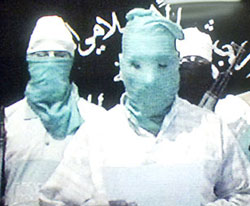 According to various estimates, the number of Muslims living on the British Isles nears two million people. About 15 million residents of the European Union on the whole practice Islam. What may one expect from these people in the future? Will there be struggle against terrorism in the sphere of religion? Europeans are not alone, who ask themselves these questions.

Moderate representatives of the Muslim community in Great Britain, who obviously make the majority, and British officials say nowadays that the war against international terrorism cannot be perceived as war against Islam. On the other hand, images of violence in Iraq, Palestine, Afghanistan, Guantanamo, Abu Ghreib, etc, which have been on constant presence on television during the recent several years, raise certain doubts about the verity of such statements.

Young people know that incidents of racism and racial intolerance are quite frequent in Great Britain, or in any other European country. It is hard for a young Muslim man or woman to find a job in the UK even if a person was born and raised in Great Britain. Native British nationalities enjoy much more privileges at this point. Moreover, coevals of London bombers may even reproach their parents for being indifferent to what is happening in the states, which they traded for Great Britain. Muslim children may often accuse their parents of losing the unique traditional culture and customs.

One has to acknowledge that the British government as well as the government of any other European state needs to aim its efforts to help those young people feel more comfortable in their native countries, where they were born, especially if this country acts as an active member of the anti-terrorist coalition. A lot has been written and said about the notorious negligence of London municipal authorities towards numerous Islamic preachers that conduct their activities on the territory of the United Kingdom. It is them, who try to win the hesitating youth over to their side

The position of common, non-militant Muslims living on the British Isles is extremely important in this connection. On the one hand, the Muslim Council of Britain does a lot to struggle with radicals. On the other hand, one of the leading Dutch newspapers published the statistics data last week, which showed that one-fourth of British Muslims would not file a police report about the activity of Islamic terrorists, if they had such information at their disposal. This is rather alarming statistics indeed, to say the least.

The relation-building process between official authorities and a Muslim community both in Great Britain and in other countries needs to point out the fact that the terrorist activity may deprive Islam of new potential followers.

The analysis of the discussion, which was raised in the world after the terrorist attacks in the center of London, presents the only one comforting conclusion: the discussion has started. It goes without saying that the solution of any problem must be preceded with an attempt to understand and comprehend it. Terrorism must be destroyed in your own native country first and foremost, but not thousands of miles away across the ocean in the Persian Gulf, for example.