Pogroms are no problem for NATO

The event that took place in Georgia last Sunday is seemingly insignificant, yet it poses a serious threat to the Transcaucasian republic. Residents of the town of Akhalkalaki devastated a local school building. The incident per se is quite an extraordinary one. Bearing in mind that the school destroyed by the Armenians was for the Georgian children, the incident looks even more sinister. The Armenians constitute a larger part of the population of Georgia's Samtskhe Zhavakhet region, Akhalkalaki is a regional capital. 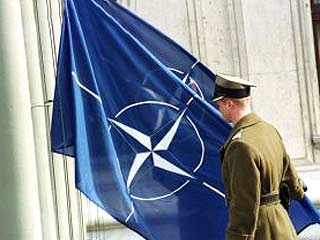 Aside from wreaking havoc on the school building, a group of local residents beat up students of the Akhalkalaki branch of Tbilisi University. The students were cleaning up one of the derelict churches in the village of Samsar, RIA Novosti reports citing local administration.

There is a different version of the incident. The church in Samsar is Armenian. The students were reportedly making it “more Georgian by erasing distinctive inscriptions and making the new ones,” Regnum reports. According to the news agency, the cleanup is just a disguise. The insulting attitude of the young Georgians infuriated the local Armenians and they stood up for the church, Regnum reports citing a local resident.

It is noteworthy that many experts consider the above region of Georgia as potentially explosive. Armenians are one of the largest minority groups in Georgia. The majority of them reside in Samtskhe Zhavakhet region bordering on Armenia.

The Russian military base is located in the town of Akhalkalaki. The withdrawal of Russian troops and equipment has already started. By the bye, the Russian military base had created many jobs for the local population. Nobody knows for sure what is going to happen to local workers when the pullout is completed. Tbilisi officials promise to resolve the upcoming problems related to employment of the local population. It is unclear how the Georgian leadership is going to keep the promise. There are no impressive economic achievements the Georgian authorities can boast about these days.

There are more questions than answers pertaining to the region. Neither the Georgian President Mikhail Saakashvili nor his team made any particular progress in terms of the national issues, especially those related to Abkhazia and South Ossetia. The Georgian government keeps gushing about the settlement of relations with two breakaway republics. However, both Sukhumi and Tskhinvali are very suspicious of any statement on the territorial integrity restoration coming from Tbilisi no matter how innocuous it may look.

Anyway, people in the Georgian capital seem to get used to the situation, at least to some extent. By all appearances, the Georgian government's proposals are designed more for the United States than for the authorities of Abkhazia and South Ossetia. Needless to say, Washington shows its full support and appreciation for the proposals. The U.S. administration is even ready to facilitate Georgia's integration into NATO. During the state visit to the U.S. in early July, Georgian Parliament Speaker Nino Burdzhanadze said that the conflicts in Georgia should not impede its integration into the Alliance. U.S. Secretary of State Condoleezza Rice agreed to the point of view. Agreeing on the issue does not mean that Georgia will become a full-fledged member state of NATO. However, it clearly indicates that Washington pledges its support to the Georgian authorities whose true intentions look obvious. The Georgian authorities would rather see NATO peacekeeping force deployed in the conflict areas. The Russian peacekeepers are not welcome.