CIA in the thick of terrible secret jails scandal

The Italian Prosecutor’s Office initiated proceedings against CIA agents in connection with their participation in kidnapping of a Milan mosque imam who was tortured with electroshock and even threatened with an assault. The scandalous violation of the European country sovereignty by the CIA is another blow for Washington’s prestige and the reputation of President Bush. 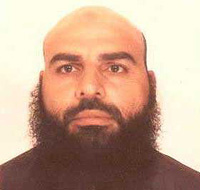 CIA in the thick of terrible secret jails scandal

The scandal about CIA’s secret jails covered by the world press has got a shocking sequel that is absolutely disagreeable for the Bush Administration. It is said that US’s special services illegally transferred and detained people suspected of assistance to Islamic terrorists. Detained people were transferred without court approval to third countries where the people could not enjoy their legal right for defence and legal assistance of lawyers. In this connection mass media mentioned the territories of Ukraine, Poland, Romania, Egypt and some more countries.

Hundreds of people detained or captured by the US Army, against many of them no charges were brought yet, were transferred in US troop carriers to the secret jails where they were tortured and taunted.

The majority of detained were captured during war campaigns on the Afghanistan territory. Those were basically Taliban soldiers who according to the Geneva Convention were not terrorists but combatants and must be given the same rights that prisoners of war enjoy. American special services set up the network of secret jails not to grant the people their rights.

When the terrible facts were made public and especially the scandal about tortures at the US Base of Guantanamo, the White House had to admit that the US secret services had secret jails and even gave up the practice pro forma.

But as it turns out now the scandal about secret jails is not over yet. Hasan Mustafa Osama Nasr, who is usually known as Abu Omar, was suspected of connections with Al-Qaeda. On February 17, 2003 CIA agents abducted him and illegally transferred to the US air base at Aviano. At that, CIA agents had no arrest warrant for Abu Omar and even did not inform the Italian Government of their special operation on the territory of the European country. The abducted imam was taken to the US air base in Germany and then to Egypt. Abu Imar says that he was tortured with electroshock at the Egyptian jail. CIA agents threatened to violate him and injure his genitals, the imam says. The people promised they would liberate the imam in case he agreed to cooperate with the authorities. Abu Omar rejected the offer . As the authorities of Egypt got no evidence of Abu Omar’s connection with Al-Qaeda and no tortures made the man admit his contacts with terrorists, it was necessary to releasethe Italian imam. The release was basically thanks to the imam’s Egyptian origin and to protests of the local clergy that demanded proper treatment of the imam.

The scandal aroused a wave of indignation in Italy as it was a real shock that foreign special services abducted people on the Italian territory without informing the Italian authorities of the operation and having no legal causes for an operation of the type.

In connection with the scandal the Prosecutor’s Office in Milan instituted criminal proceedings against Pollari and other 34 people, there are 26 CIA agents among them, charged with the abduction of imam Abu Omar. The investigation lasted for two years and now the Italian Prosecutor’s Office is ready to hand the documents over to court.

It looked like a large-scale international scandal when the prosecutor of Milan demanded last July that the CIA agents suspected of the illegal abduction of the imam must be extradited from the United States. It is for the first time in history that criminal proceedings are instituted against CIA agents outside the USA. According to the Italian law, if arrested the CIA agents may face a ten-year imprisonment. And this is a light punishment however, as the US law provides for a life imprisonment for the same crime.

December 5, Italian investigators demanded arrest warrants for the CIA agents and agents of the Italian special service charged with the abduction of imam Abu Omar. If the warrants are issued, this is going to be the first trial over the organizers of secret jails which the public mind inevitably links to the name of George W. Bush.

The US Embassy in Rome would not comment yet upon the demands of the Italian Prosecutor’s Office. It is highly likely that the US will not extradite the suspected CIA agents to Italy, and a trial will almost certainly take place in absentia which is allowed by the Italian law.

So, the US prestige and the personal reputation of President Bush are seriously marred. The glaring violation of the national sovereignty of the large European country is obvious which will inevitably entail strong reprimands from the European Union.

In the US, the Democrats in the Congress are highly likely to employ the scandal for new attacks at the president. It means that more resignations may follow in the Bush Administration.