USA wastes time, money and energy on Iraq and Afghanistan

Violence continues gripping Iraq and Afghanistan despite recent elections, which took place in the two states before. Another large-scale terrorist act took place in Baghdad yesterday, when a suicidal terrorist blew up his bomb in the crowd of Iraqi men, who gathered near an army conscription center. The explosion killed up to 25 people, about 50 people were wounded. Another suicidal terrorist blew up a Mercedes car parked near the hospital in the town of Kirkuk, in Iraq's north. Three were killed and 16 injured in the attack. Another vehicle blew up three hours later in the town of Mosul. The car exploded at the moment, when a police motorcade was driving nearby. Four policemen were killed in the attack. 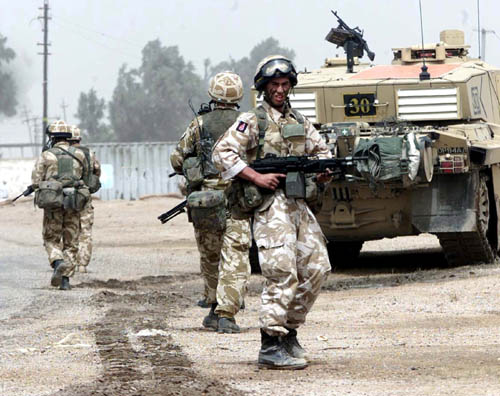 News messages from Afghanistan are similar. Taliban terrorists (although it was announced long ago that the movement had been destroyed) attacked a group of Afghan border guards Saturday in the province of Gilmend, on the Afghan-Pakistani border. Ten servicemen were killed. The governor of the province said that the Talibs had beheaded the killed border guards.

Talib terrorists announced about the execution of an American soldier Saturday too. One of the terrorists said that they had previously interrogated the US military man and obtained all the necessary information. The dead body was left on a mountain in the province of Qunar, on the border with Pakistan. The body was enveloped in red fabric, to make it conspicuous for US pilots, the terrorist told AP on the telephone.

The US defense command does not believe the information and continues searching for the soldier. Two commandos (aged 25 and 29) were found dead last week, whereas another one, who was hiding in the mountains, was saved and evacuated on board a helicopter.

”The affirmation of the US President George W. Bush saying that the world became calmer after the USA invaded Afghanistan and Iraq is not true to fact,” the director of the Russian Institute of Strategic Estimations, Sergei Oznobishchev told the Vremya Novostei newspaper. “Even if there were terrorist bases in Afghanistan, the USA missed the targets in Iraq and detracted immense forces from the struggle with international terrorism,” the specialists added.

The war against terror, which the USA declared in September of 2001, has not brought peace to the countries, which the US administration viewed as the nursery of terrorism. About 700 people died in Afghanistan over the recent three months. Over 1,500 people died in Iraq since April 28th of the current year, when the nation elected the interim Iraqi administration, chaired by Ibrahim al-Jaafari. The number of losses, which the USA suffered since the beginning of the war in March of 2003 to present day, has reached 1,737 people.

Recent terrorist attacks in Europe show that Western countries are not safe at all. “Terrorists are uniting,” Sergei Oznobishchev said. The specialist does not exclude the fact that terrorists' actions in Western capitals are connected with foreign states' activities in Afghanistan and Iraq.