Muslims try to undermine Olympics 2012 over their coincidence with Ramadan

Once again Muslims try to adjust the secular world to the norms of Islam. A group of Muslim clerics addressed to the committee organizing the Olympic Games (slated to take place in London in 2012) with a request to putt off the Olympics for one month. The terms of the 2012 Olympic Games (July 27-August 12) coincide with Ramadan, the holy month for Muslims all over the world (July 21-August 20). 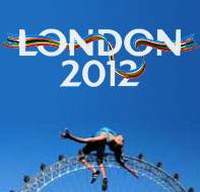 Muslims try to undermine Olympics 2012 over their coincidence with Ramadan

During Ramadan, the followers of Islam are not allowed to eat during the daytime. It goes without saying that Muslim athletes will not be able to participate in any competitions during that month. A hungry athlete would never manage to set any records of course. Games, matches and many other sports events come to a standstill in many Muslim states when Ramadan starts.

It is worthy of note that the scandal was initiated by a group of British Muslims, not by the leaders of world’s biggest Muslim countries, etc. London-based Islamic Committee for Human Rights and the Muslim Council of Great Britain are among those who support the idea to delay the forthcoming Olympics. The chairman of the committee, Massoud Shadjared said in an interview with the Daily Mail newspaper that the Olympics never coincide with Christmas time. Therefore, it would be stupid to organizes the games during Ramadan, the official said. Turkish Muslim clerics joined their British colleagues and said that it would be incredibly hard for Muslim athletes to participate in the Games.

The International Olympic Committee demands the Games should be conducted during July 15-August 31 period. It means that the collision of the Olympics and Ramadan is inevitable. IOC Communications Director Giselle Davis stated that the Games bring together the peoples of all religions and principles. “It’s up to athletes to decide what they can do with religious rules,” said she.

Nevertheless, spokespeople for the committee organizing the Olympics in London said that they would continue consultations with the Muslim Council of Great Britain to regulate the questions connected with Ramadan. The above-mentioned period is the most convenient one for the Games because of easy traffic in the city during that time. To crown it all, it will be easiest to find 70,000 volunteers for the Games at the end in July and in the beginning of August.

This new problem shows that the officials making sports calendars are not used to taking religious holidays into their account. Modern sport was born in the Western world, whereas Europe and America managed to combine secular entertainment and Christina rules. No Orthodox athlete for instance has ever expressed any protests again sports competitions held during Lent or Advent.

On the other hand, Muslims may simply follow the example of their distant relatives. Israeli sports federations twist the arms of European sports associations claiming the latter should mind their religious norms and other peculiarities. A follower of Judaism is not allowed to work Saturdays, for example. That is why Israeli teams never play during these I-have-nothing-to-do days.

All major games were invented in the Western civilization. Therefore, people try to adjust sports to the norms of this civilization. Needless to say that it would be extremely hard to make the Olympics meet fundamentally different requirements of Islam. Women’s sports gear that they wear during competitions may often look like a bikini, which is obviously too outrageous for Muslim women in sports. As a result, female Muslim athletes look strange against the background of their colleagues when they try to dress according to the rules of hijab.

The British Muslims will most likely have to give up their idea of delaying the Olympics for one month. Even if several athletes refuse to participate in London 2012 Games in London, it will not have a big influence on the event on the whole. Muslim countries have never achieved considerable results during the Olympic Games. For example, Turkey won three gold medals during the Summer Olympics in Athens; Iran collected six medals in total.