Iran’s defiant decision will not be left without response

The UN Security Council approved Resolution 1696 on July 31. The UN gave Iran only one month to shut down all activities connected with the processing and enriching of uranium. In the event the Islamic Republic of Iran does not meet the requirements of the document, the international community will consider the issue of imposing sanctions against Teheran. The ultimatum expired yesterday. The International Atomic Energy Agency said Thursday that Iran would not suspend uranium-enriching works on August 31. The report from IAEA’s Director Mohamed El Baradei stated that Iran was conducting the works to develop the components which would subsequently allow Teheran to create nuclear weapons. 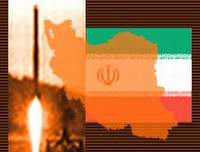 Iran’s defiant decision will not be left without response

The report did not contain any fundamentally new affirmations regarding the situation with the nuclear program of Iran. It stated that Iran allowed the agency to access its nuclear objects and materials, although it refused to expose certain documents on the uranium-enrichment project. Therefore, the IAEA can not confirm the fact that Iran is running a peaceful nuclear program. The agency’s officers will continue inspecting Iran’s activities in the field until all the remaining questions on the matter are clarified.

A possible introduction of sanctions against Iran will become the central subject for discussion at an informal meeting between foreign affairs ministers of 25 European countries. The meeting opens today in the town of Lappeenrant, Finland. The ministers will apparently have to acknowledge the failure of the European strategy to make Teheran voluntarily give up the enrichment of uranium.

Russian, US, Chinese, French, German and British officials will gather for another meeting in Berlin on September 7. The chairman of the US State Department press service Sean McCormack told reporters yesterday that the ministers intend to discuss which sanctions should be included in the resolution. European and US officials also expect to see Russia's and China’s reaction to IAEA’s report. It is worthy of note that neither Russia nor China support the idea of introducing sanctions against Iran. In addition, McCormack said, US Ambassador to UN John Bolton would start informal consultations on the matter in the headquarters of the international community in New York.

The US administration believes that the world needs to respond to Iran’s challenge. US President Bush said that it was time for Iran to choose. “ We've made our choice. We will continue to work closely with our allies to find a diplomatic solution, but there must be consequences for Iran's defiance and we must not allow Iran to develop a nuclear weapon, ” George W. Bush said in a statement. Bush stressed out that the international community must not let Iran build nuclear weapons. “We are facing a dangerous threat on the part of the radical regime of Iran,” Bush said.

The EU intends to continue the talks with Iran. The Foreign Affairs Ministry of Italy urges the international community to use all possible methods to solve the problem by means of negotiations. “If there is an opportunity to discuss the problem with Iran, it should be done so. Italy may play a positive role in it,” Italian Foreign Minister Massimo D’Alema said Thursday.

The French administration feels sorry about Iran’s decision to continue its nuclear program. However, France still stands for a dialogue with Teheran as France’s Foreign Minister Philippe Douste-Blazy said. According to the official, Paris approaches Teheran’s response as “unsatisfactory”, but it still thinks that negotiations are the top priority in the solution of the program.

Moscow also feels sorry about Iran’s determination not to meet the requirements of the UN Security Council’s resolution. Mikhail Kamynin, an official spokesman for the Russian Foreign Affairs Ministry, said Friday that Russia shared the position described in the report from the IAEA director. “We are sorry that Teheran did not refuse to stop its nuclear activities,” Kamynin said.

Japan tries to predict the consequences that may follow after Iran’s decision to continue the enrichment of uranium. The Foreign Minister of Japan Taro Aso also stated that Iran’s reaction to UN’s appeal was unsatisfactory. The minister did not specify whether Japan was going to join the international community on the matter of possible sanctions against Iran. “I would like to withhold comments because the events are unpredictable,” the official said.