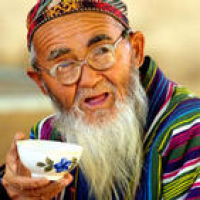 What's happening in Uzbekistan? One more display of radical Islam, dreaming of pan-Islamic caliphate? Another “democratic” color revolution in the former USSR? A revolt of the hungry population? Clan feuds? The West's revenge for Uzbekistan's withdrawal from anti-Russian GUUAM (now GUAM) alliance? Or another episode in the global fight for natural resources?

Probably, a little of everything.

Acramia, which organized the revolt, is not a Taliban but still… The organization was organized in 1996 as a branch of Hizb-ut-Tahrir (“the way to the true faith”), which is regarded by the official Tashkent as the organizer of the terror attacks in 2004.

As distinct from Taliban, Acramia denounces violence and preaches “peaceful seizure of power” at local level. But it's not ruled out that the both organizations are connected with each other. This is maintained by the official Tashkent, and the Russian foreign minister opined that the events in Uzbekistan had developed “with the assistance of foreign forces, including the Talibs”.

But the point is definitely not only in religious motivation of the people who seized Andijan. “The authorities speak about the attempt of Islamic coup. Though, in fact, Karimov understands quite well that the case in point isn't only radical Islam”, asserts the president of the Oriental Studies Foundation, Sergei Luzyanin. In his opinion, which is shared by the European media, the religious extremists represent just “specks” in the secular protest.

This “secular protest” has the political and economic reasons. It is no secret that Usbekistan did always have, even over the Soviet period, tough authoritarian regimes. After the republic obtained the independence, the authoritarianism became only more pronounced: what distinguishes it from that of Turkmenistan is only the lack of the quasi-religious presidential cult. Even for the East this toughness turned to be excessive.

As far as the economics is concerned, the situation in Uzbekistan is better, than in the neighboring Kyrgyzstan and Tajikistan. According to the official statistics, the country has accumulated $ 15 billions of foreign investments. The new investment program implies investing $ 515 million, the biggest part which - $ 209 million - is supposed to be invested into oil & gas production.

The bright picture is spoiled by the demographic boom. Uzbekistan is the most densely populated post-soviet country: according to the last year estimation, the population numbers 26.5 million people. The country also leads in the rate of population growth: almost 2% or 0.5 million people per year. Consequently, despite the good economic growth (7.7 % the last year), the GDP per capita, even according to the official data, is lower than the poverty level set by UN (though Kyrgyzstan and Tajikistan are even more poor). The problem is aggravated by the shortage of the arable land. The land in turn demands irrigation, but the amount of water is also insufficient. The compulsory growing of wheat (of the low quality) doesn't solve the problem of the food security.

In short, as the population grows, the explosive revolutionary potential is also accumulating. The economic emigration doesn't save the situation any longer, though the Uzbeks, who have emigrated to the other countries of the CIS, number millions. Rebellious Andijan is situated in Fergana Valley (20 km from the border with Kyrgyzstan), where the socio-economic situation is horrible even for Uzbekistan: up to 70% of the able-bodied population don't have a full-time job. Fergana Valley has become a focus of the opposition forces of Uzbekistan (those who are still not imprisoned). So there's nothing surprising that the revolt erupted there.

Uzbekistan's economy is a thing in itself. The true size of such variables as unemployment, average and subsistence wages, proceeds of cotton exports are almost unavailable. As some observers put it, the planned economy was replaced by the clan economy. The president's family and his friends control all commanding heights of the economy as the fuel and energy complex and the cotton production. The Karimov family also controls all Tashkent's business. The republic still has the manufacturing industry: aircraft industry, motor-car industry, chemical industry. So the reasons for the repartition of the lucrative spoils are there.

Another serious theme is Uzbekistan's natural resources. By the recent estimations, on Uzbekistan's territory there are over 2 billions tons (in the fuel equivalent) of the explored reserves of the carbohydrates. And much more is yet to be discovered: 60% of the Uzbek territory is promising in this respect. Only in 5 regions with the proved presence of oil-and-gas around 200 deposits were discovered. Uzbekistan accounts for three forth of the Central Asian condensed gas, 40% of the natural gas, a little less than of the oil reserves and 55% of coal. There are also significant deposits of gold, silver, uranium, copper, molybdenum, tungsten.

But now the West has seemingly expressed the interest to Uzbekistan's resources. And probably the West could send a message to the too independent Tashkent's ruler, who dared refuse to participate in such a promising and obedient alliance as GUUAM. But he had no choice. The pipeline for the sake of which this alliance was formally organized went the other way, through Turkey. But meeting his “orange” counterparts for discussing their pro-American and anti-Russian plans became of no interest to Karimov.

The last year he signed with Russia a major treaty on the strategic partnership, where the economic side is recognized as primary. The Russian capital rushed into the country: only LUKOil intends to invest a  billion $ into extraction and processing of gas. But as it's well-known an obvious bias in favor of Russia is fraught with “color revolutions”.

However Karimov's regime stands firm as yet: despite some tensions with USA and Uzbekistan, Washington still regards the Uzbek leader as its ally. Hence the reserved intonation of the American comments on the events in Andijan. They said that democracy is a good thing but still... another Taliban is not welcome at all. But anyway it's not ruled out the revolt itself  was ordered by Washington. As an unequivocal message to Karimov: don't forget who's the boss.