Critical security situation after threats of terrorist attacks on aircraft in the air between the UK and USA, using chemicals in liquid form. After a counter-terrorism operation which lasted several months, the authorities decided to act today, resulting in 20 arrests and sowing chaos in the UK’s airports. 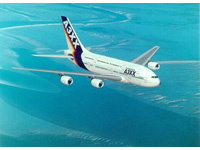 After a surveillance operation by the British police forces and the secret services, MI5, a plan to attack up to 20 aircraft in mid air between the UK and USA was revealed, attempting to cause “a major loss of life” according to the British Home Secretary John Reid.

20 people have been arrested in London, most of these young Britons of Asian origin.

The authorities are allowing a restricted list of hand luggage items but no liquids, as chemicals in liquid form are thought to be the agent planned to cause explosions, due to the difficulty to detect it in X-Ray machines.

The operation has caused chaos in British airports and is causing the cancellation of several flights from the EU to the UK. The British police are going to issue a statement later this morning.