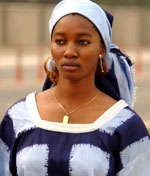 Russia writes off Africa's debts worth billions of dollars

Commemorations marking the International Day of Africa were held in Moscow on Wednesday. Russian President Vladimir Putin sent congratulations to the heads of states and governments of the “black continent.” The Organization of African Unity was founded on May 25th, 1963. The Soviet Union actively supported the liberation movements of African nations. These days Russia is also providing large-scale aid to African developing countries. According to Russian Foreign Minister Sergei Lavrov, Russia wrote off more than $16.5 billion of African countries' foreign debts of during the period from 1998 to 2004.

A function for the heads of diplomatic missions of African countries accredited in Russian was held in Moscow on the occasion the International Day of Africa. In his welcoming address to the heads of diplomatic missions of Cameroon, Ethiopia, Sudan, Kenya and a few other African countries, Ilyas Umakhanov, first deputy chairman of the Committee for International Affairs of the Federation Council, said that Russia and African countries maintained an extremely close relationship in terms of political, economic, and humanitarian cooperation.

It should be noted at this point that the West is presently stepping up its aid program to the developing counties. African nations are the main recipients of the Western aid.

At a meeting in Brussels, member states of the EU agreed to double financial aid to the developing countries within the next ten years. The decision aims to support the UN plan calling for an international effort to reduce the world poverty in half by the year 2015. In particular, arrangements were made to increase the amount of aid to the world’s poorest countries by $25 billion within the next five years. Europeans are planning to give away a larger part of the money to their former African colonies as a present for the International Day of Africa. In line with the statements of the Russian officials, the UK representatives also said that they hope to make more progress in the issues relating to the fight against poverty during the upcoming G-8 summit to be held next month.

Hillary Benn, UK's International Development Secretary, made the following comment on the Brussels agreement, quote: “Today's agreement is very important because it points out the largest sponsor in the world. The European Union, European Commission and other member states of the EU provide half the aid to the developing nations. From my point of view, it is a very clear signal to the U.S., Canada, and Japan,” unquote.

For some reason the UK diplomat failed to mention Russia as a main sponsor of the fight against poverty. Suffice it to say that Russia's contribution to debt relief program of the African countries from 1998 to 2005 amounted to $16.5 billion, according to Russian Foreign Minister. In terms of GDP, the amount is significantly larger than 0.7% of the EU's joint income allocated for the same purposes. Apart from forgiving external debts of African counties, Russia has also written off debts of many Asian countries over the last few years. Billions of dollars owed to Russia by Syria were written off this year.

Most of the debts of the developing countries which have been written off by Russia over the last few years date back to the Soviet era. Shortly after the collapse of the Soviet union, the Russian government intended to use the above debts for paying back the Soviet foreign debt to the West. At the and of the day, having succumbed to pressure put by USA, EU and other “sponsors” of the fight against poverty, Russia wrote off billions of dollars of the developing countries' foreign debts. As regards the Soviet-era foreign debt, Russia will have to pay it back in full. Early redemption of debt is the only way of saving up some money on the rolled-up interest.