Kenneth Lay, one of the men responsible for the toughening of demands for the financial accounts and audit of joint-stock companies and founder of Enron, the scandalously well-known energy corporation, passed away the day before yesterday. In May this year, he was declared guilty of fraud and use of insider information. However, the 64-year-old businessman did not live to hear the final decision of the court. The sentence was due to be announced in September. Until then, Mr Lay was let off with a debt of 10 million dollars. After a week in the American city of Aspen where he often spent his holidays, Lay died of a heart attack. 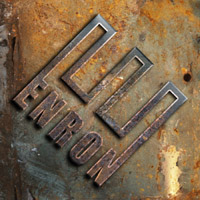 The main accusation against the top manager was the conscious concealment of real information from share-holders, investors and regulatory organs. It was assumed that Lay and a few of his colleagues purposely raised quarterly income accounts in order to increase the value of Enron shares. In 2001, the pyramid collapsed. For the disorganization of a leading national energy company, Lay faced a long prison sentence (approximately 50 years). The jury decided that he and his close collaborator, acting director of the corporation Geoffrey Skilling, were the main people responsible for Enron’s bankruptcy. At the time when the fraud of the corporation they managed was uncovered, the value of a share had collapsed from 90 dollars to 30 cents. Its market value dropped from sixty billion dollars to practically zero and twenty thousand employees were deprived of work and pension funds.

Investigators confirm that Lay and Skilling were perfectly aware of the real state of the company. When Enron began to go down, the top managers banned employees from getting rid of their company shares while, for two years prior to the company going bankrupt, they were daring to earn hundreds of millions of dollars on Enron’s stocks. According to the data from this investigation, between 1999 and 2001, Lay made 220 million dollars from the sale of his shares and Skilling made 150 million dollars.

Some speculators have attributed the fact that the Enron hearing was drawn out for years to Lay’s connections with the political elite. It is well-known that the businessman actively funded candidates from the Republican Party for electoral duties. In addition, a significant part of sponsorship income went to George Bush’s presidential campaign. The president of the USA even called him “Kenny boy” in a fatherly tone.

Kenneth Lay was not Enron’s first top-manager to avoid a court sentence by death. At the beginning of 2002, John Clifford, the former vice president of the company, committed suicide.