India is battling today a monster of its own making: reservations. It is a system that reserves seats in legislatures, government services and campuses for members of communities known as backward, their caste defining their backwardness. Some castes and religious groups have been enjoying such concessions for nearly a century in some form or the other. When India became free, its constitution recognized certain castes and tribes as scheduled and deserving of concessions. These concessions, valid for ten years in the beginning, have now come to stay as permanent phenomena through constitutional amendments. It is the recent attempt of the government to enlarge this community of beneficiaries by another 27 per cent (adding more communities to the list) that triggered the on-going agitation of Indian youth, their admission to educational institutions restricted on the fiction that they belong to ‘forward’ castes. 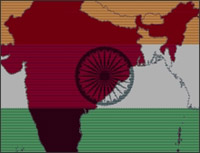 How these reservations got past the opposition of leaders like Gandhi and Nehru is not known but when in 1951 a state government announced reservations for backward classes, the Supreme Court held them to be unconstitutional. Then the first amendment to the constitution was made only to legitimate this constitutional breach. To categories like the schedules castes and tribes, a government-appointed panel known as the Kaka Kalelkar commission added in 1955 a new category called other backward classes and suggested that 70 per cent of all government jobs and seats in academia should go to these weaker classes. The federal government advised the States at that time that it was better to apply economic tests rather than caste labels for according concessions.

In December last year, the federal government amended the constitution to increase the reservations by 27 per cent, bringing the total of reservations to 49.5 per cent. The matter rested there till a federal minister for human resources development Arjun Singh announced that the government is committed to execute the plan. Indian media believe that the minister did it to embarrass his prime minister whose place he had set his eyes upon. In 1990, the nation went into convulsions when a non-Congress government tried to increase the percentage of these reservations.

Today’s protests began with medicos and doctors in prestigious state hospitals and spread to such high-brow campuses as the Indian Institute of Technology and Indian Institute of Management. A cornered prime minister has tried all means to unsuccessfully appease the protesting student communities even as he maintained that the addition of 27 per cent would stay. However, the government agreed to increase the number of seats in higher educational institutions to admit students on the basis of merit and not caste. This is an afterthought that did not explain how the additional infrastructures and teaching staff could be provided overnight.

The argument of the government is that these classes are backward and cannot compete with the ‘forward’ classes and therefore need state crutches. In the last six decades, thousands of ‘forward’ class students migrated to the United States, Britain and Australia because a chunk of seats in all non-professional and professional colleges was blocked for them. This backward and forward classification is regarded by a majority of the people as fiction invented by successive governments to win votes of the backward classes. The National Sample Survey Organization, a government appointed body found that 23.5 per cent of the college seats were already held by the backward classes.

Sixty years ago India became free and its vote-thirsty politicians began destroying the gains of independence through caste and religion. Ironically, they had planned to eradicate these two evils by conferring constitutional recognition on divisive demographics. The country saw thousands of riots in which one Indian killed the otherin the name of caste and religion. The Indian National Congress which spearheaded the independence struggle wrote into the constitution articles that granted certain privileges to what are known as scheduled castes and scheduled tribes. This constitutional classification of people into castes fragmented the Indian society into warring communities.

There are poor people in other castes too considered forward. Some outdated logic was employed to consider them literate and therefore not entitled to state help. It is now these classes which are battling the police, demanding a halt to further reservations. Every Brahmin is not learned or rich, nor is every scheduled caste and tribe person illiterate. In the northern city of Lucknow , 1607 Brahmins applied for 6000 posts of municipal sweeper’s posts. On the other hand, this year’s Indian Administrative Services selections have proved that the scheduled castes and scheduled tribes are not really backward. Of the 425 persons selected for India’s top civil service 215 are from these griping classes supposed to be backward. They are backward for official records. The benefits of reservations are such that these classes want to remain backward even at the cost of pride and self-respect.

Two of India’s presidents came from the poorest social strata, shattering the mythology of backwardness. A rickshaw puller’s son rejected the reservation benefit and entered the Indian Institute of Technology competing with the forward classes. A boy who was a roadside fast-food vendor graduated from the Indian Institute of Management, ranked equal with Harvard and Wharton business schools. A person comes up in life through perseverance and investing in learning. Education is free in all government schools. If some of these classes regard their children as breadwinners, they have themselves to blame.

There is now a competition among communities to remain backward with the blessings of the ruling coalition and the opposition. The Supreme Court observed two days ago that the proposed 27 per cent backward classes quota in all federal educational institutions “is capable of dividing this great nation on caste basis” and issued notices to the federal government and six of its ministries asking them to answer what was the “rationale” behind the classification of a class of citizens as “other backward classes.” Appeasing certain sections of the people for votes has been a tradition of the Congress party, now adopted by every other party. Together they divided India into thousands of castes, generating not a million mutinies as Naipaul says but a billion.

Another serious flaw in this plan is that the government does not have statistics on what are now called the other backward classes. A government commission had estimated in the 90s that they are 52 per cent of India’s population. This figure was not based on any scientific computation. Though this controversial plan will come into force from June 2007, the government is yet to ascertain the strength of this community. The latest census, conducted in 2001, did not collect information on OBCs. Minister Arjun Singh recently confessed he did not have precise figures.

"There is no final, conclusive empirical evidence of the size of OBCs in India . That could have come only from the census," said Yogendra Yadav, noted social scientist and professor at the Centre for the Study of Developing Studies. "In my opinion, the OBC population of our country is between 40-44 percent. I am basing this on the national election studies conducted over the past two decades by our centre." Scheduled castes and scheduled tribes form an estimated 25 percent of India's population, though the veracity of this figure has also been challenged. The government’s plight now is comparable to that of a person riding a tiger.