Debt relief is not working. The developed nations must find other ways to help the LDCs reach the Millennium Development Goals 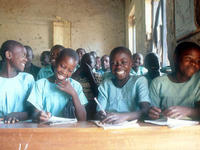 It is all very well for decision-makers in developed countries to congratulate themselves as they jump on the Help Africa bandwaggon, claiming that debt relief is providing a way out of the quagmire created by irresponsible financial institutions providing dubious loans to corrupt or corrupted officials (in return for a one-way street for natural resources).

However, the latest report from the Independent Evaluation Group of the World Bank claims that the policy by itself is not enough, since half the countries receiving debt relief under the Heavily Indebted Poor Countries (HIPC) Initiative now have debt levels as high or higher than before receiving the relief.

The HIPC Initiative came into effect ten years ago in 1996, an approach by the World Bank, the IMF and the Paris Club (the richer financial institutions from the richer nations) to reduce the debt levels of the world’s poorest nations in return for proven track records of what were perceived as sound economic reforms by the managers of these institutions.

To qualify for debt relief under HIPC, a country had to prove over three years that it had consistently followed guidelines around public sector reforms (privatization programmes and restructuring and controlled policies of public spending to prioritise the areas of health, education and poverty reduction).

However, the devastating effect of these reforms on local communities was not taken into account by these managers whose reality in their comfortable offices is light-years away from the reality in the field.

Out of 18 countries receiving debt relief after reaching the post-completion point, 11 have seen their external debt rise and in eight of these, the debt-GDP ratio has broken through the safety barrier of 150%. The so-called “topping-up” provision, designed to help countries overcopme external shocks in commodity prices or world economic crises, is simply not working.

The eight countries most at risk are Burkina Faso, Ethiopia, Ghana, Mali, Mauritania,

Rwanda, Uganda and Tanzania but the report stresses also that out of the 18 countries covered in the study, none have made more than “modest progress” in attaining the Millennium Development Goals.

After centuries of looting and ransacking their resources, the poorer nations now see that to survive they have to contract ever higher levels of debt which they will never be able to pay and so the interest will accrue ad infinitum, leading to a de facto economic colonialism and a continuation of cloaked imperialist policies.

This is not what was intended by the G8 at Gleneagles. To make the dream become reality, what needs to be done is a far more comprehensive package for developing nations. For a start, let the WTO practise what it preaches, because to date, the capitalist-monetarist model loves to preach free trade but in fact controls it through artificial means. End unfair tariffs (which is not free trade) and end subsidies, which artificially deflate costs.

Debt pardon - and not debt relief - will free resources for social programmes and extra aid packages injecting cash into beleaguered budgets ravaged by the stone of heavy debt burdens over decades will provide capital for initiatives to stimulate economies.