Prosecutors had asked for 9,138 years in prison for the naval officer accused of crimes against humanity

Not too bad for Adolfo Scilingo, the former Argentine naval officer convicted by a Spanish court of crimes against humanity, terrorism and torture under the former Argentine military government. His lawyers managed to reduce his term in jail from the 9,138 years claimed by prosecutors to the 640 years sentenced by the Madrid tribunal. Not too bad, but not enough at all to avoid an effective jailing for the rest of his life. 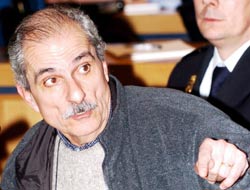 Adolfo Scilingo was the first Argentine military officer in admitting the systematic kidnapping, torture and assassination of opponents during the rule of the military juntas from 1976 to 1983. Almost ten years ago, he appeared before the TV cameras and admitted having participated in the crimes that amounted to 30,000 according to human rights groups.

However, Scilingo said he knew about the disappearing of people from unnamed sources, but he tried to make clear that he did not participate in the acts of torture. The court found that he was aware of the overall plan by Argentine military officials to abduct and kill political opponents. They further found he had participated in the campaign.

As naval officer, Adolfo Scilingo lived inside the premises of the notorious death camp of the School of Naval Mechanics. Pravda.Ru visited the building last month, where had access to the apartments of the officer, including the one of Scilingo. Rooms are located in the first and the second floor of the three-floor building where officers tortured and killed opponents. It was impossible not to hear the screams of the tortured there. Officers drugged prisoners and sent to a certain death after being thrown alive to the River Plate from army planes.

Human rights organizations hailed the case against Adolfo Scilingo, 58, the former officer, as a triumph for "universal justice," in which Spain, for the first time, tried and convicted a defendant for crimes against humanity committed in another country.Scilingo showed no reaction as the 209-page verdict was read by the presiding judge of the three-judge panel at Spain's National Court in Madrid.

In 1997, Scilingo came voluntarily to Spain - where Judge Baltasar Garzon was investigating abuses of the Argentine regime -- and testified under oath that he participated in two so-called death flights, during which about 30 leftist political opponents of the junta were thrown alive from airplanes to their deaths below in the sea. After the testimony, Garzon ordered his arrest on suspicion of human rights abuses.