Zacarias Moussaoui, the only person charged in a U.S. court in connection with the September 11 attacks, was formally sentenced to life by the court of law in Alexandria, Virginia, on Thursday, May 4. The sentence is final and without appeal. Moussaoui, the 37-year-old French citizen of Moroccan descent, was found guilty of partaking in a conspiracy for the purpose of carrying out terrorist attacks on September 11, 2001. The attacks claimed the lives of more than three thousand people. 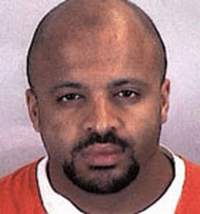 Moussaoui was detained in August 2001 after raising suspicions at a flight school. He refused to talk to federal prosecutors at the beginning, but later admitted that he had been personally instructed by Osama bin Laden to hijack a fifth passenger plane and fly it into the White House. According to Moussaoui’s testimony, Richard Reid, a British national, the so-called “shoe bomber”, was to be part of the terrorist crew.

Al-Qaeda terrorists hijacked four passenger planes during the September 11 attacks. They flew two planes into the World Trade Center buildings in New York, the third plane damaged the Pentagon and the fourth one fell in the Pennsylvania fields. Reid was arrested in December 2001, after a failed attempt to blow up an American Airline flight.

Moussaoui’s death-penalty trial lasted six weeks. During the trial, both the prosecution and the defense, and, more notably, Moussaoui himself agreed that the defendant had arrived in the U.S. to inflict damage to America. Federal prosecutors argued that Moussaoui had not revealed valuable information to federal agents who detained him. Information could have helped the authorities to stop some of the attackers. The defendant never denied the charges and said he had “no regret, no remorse” about the 9/11 attacks. Asked by prosecutors if he would like to see it happen again, Moussaoui responded: “Every day until we get you.” Moreover, he said he would like “to kill the Americans whenever and whenever there is a chance to do so.” Moussaoui’s court-appointed lawyers said their client was mentally ill, and therefore he was criminally incapacitated. However, a medical examination failed to produce evidence to support the statements.

The first stage of the trial ended last month after the jury ruled that Moussaoui was guilty of assisting in the commission of the September 11 attacks. Jurors declared him eligible for the death penalty. Moussaoui’s lawyers said their client had made up a tale about the fifth Boeing to inflate his role in history.

The court had been in possession of Richard Reid’s recorded testimony by the day of a final verdict. Reid is currently serving a life sentence in Colorado. His testimony did not support Moussaoui’s allegations. The letter addressed by U.S. District Judge Leonie Brinkema to the jury seems to have been a crucial factor for the jury to arrive at the verdict. The judge filed the letter to draw attention of the jury to a lack of substantial evidence showing that Moussaoui had played a significant role in the September 11 attacks.

During his final testimony prior to sentencing, Moussaoui said “you will never catch Osama bin Laden.” The jury’s deliberation lasted for 41 hours. The law requires a unanimous verdict even if members of the jury fail to share an opinion. After hearing the verdict, Moussaoui clapped his hands and shouted: “America you lost! And I won.” The judge responded: “The government always wins when justice is dispensed.”

Commenting on the verdict, U.S. President Bush said that Moussaoui “got a fair trial.” Family members of those who died in the 9/11 attacks made a variety of comments on the outcome of the trial. “Putting a bullet in that scoundrel’s head would serve him right,” said one man whose son died on September 11. Others were glad because “the jury did not let Moussaoui become a martyr.”

For nearly a week prior the verdict day, the convict’s mother Aisha al-Wafi gave lots of interviews to TV stations in an attempt to bring out sympathy towards her son. She called the trial a “masquerade” and accused France of collusion with the U.S. for the purpose of “burying his son alive in a ‘rat hole’ for things he never did.”

Speaking to Vremya Novostei, Nikolai Zlobin, the director for Russian and Asian programs of the Washington Institute of World Security, said that the U.S. legal system is precedent-based and “quite a few things” have been tested during the Moussaoui trial. “The sentence will lay solid foundations of future trials to punish fanatics like Moussaoui. I hope to see such trials take place in the future,” said Zlobin.