Being too proud of themselves, many Americans don’t know where New York is

It is well-known fact that the youth of a nation is the nation’s future. American sociologists from the National Geographic Society decided to do a research to find what the future of the USA will be. And actually their findings were far from being promising. 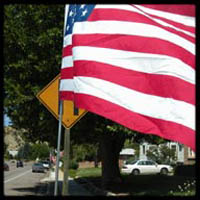 Being too proud of themselves, many Americans don’t know where New York is

More than 500 young American adults between the ages of 18 and 24 took part in the survey. They were asked geographical questions about the modern world. At the end of the test they demonstrate a limited understanding of the world beyond their country’s border. In this survey young Americans answered about half (54%) of all the questions correctly.

The results showed causes for concern. Here are the most evident examples of young Americans’ illiteracy.

20% of young Americans think Sudan is in Asia. (It's the largest country in Africa.)

48% of young Americans believe the majority population in India is Muslim. (It's Hindu—by a landslide.)

Half of young Americans can't find New York on a map.

Three-quarters cannot find Indonesia on a map – even after images of the tsunami and the damage it caused to this region of the world played prominently across television screens and in the pages of print media over many months in 2005.

The majority of the American young adults overestimate the total size of the US population and fail to understand how much larger the population of China is.

Three-quarters believe English is the most common spoken native language in the world, rather than Mandarin Chinese.

Only Two-thirds (67%) can find Louisiana on a US map and half (52%) can find Mississippi – leaving a third or more who cannot find these states, in spite of months of intensive media coverage of the 2005 hurricanes and their aftermath.

These results suggest that young people in the United States - the most recent graduates of our educational system - are unprepared for an increasingly global future. Far too many lack even the most basic skills for navigating the international economy or understanding the relationships among people and places that provide critical context for world events.