The US administration has finally acknowledged the thing, which has been obvious for the rest of the world for years already. The special committee to investigate the mistakes, which the CIA made during the planning of the military operation in Iraq, came to conclusion that intelligence conclusions about the Iraqi nuclear potential were wrong. 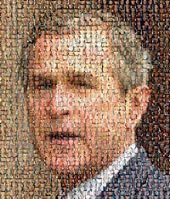 The members of the committee believe that the mistakes of the CIA have caused immense damage to the USA's reputation, and that it will take years to improve it. Special services were absolutely wrong, when they estimated the opportunities of the Iraqi armed forces, the report from the committee runs.

In addition, the authors of the report believe that the awareness of the US intelligence about other countries' nuclear programs is far from being sufficient, which raises concerns with the committee members.

It was particularly recommended George Bush should conduct radical changes in the nation's special services to avoid such mistakes in the future. The new director of national intelligence, John D. Negroponte, received over 70 recommendations on how to improve and correct the work of the special departments.

It is noteworthy that the US intelligence made wrong conclusions about both the nuclear and chemical potential of Iraq. The CIA administration acknowledged in February of 2004 that Saddam Hussein had no chemical weapons program during the coalition's incursion in Iraq in 2003. The works on the program were over in 1991, after the Desert Storm operation.

George W. Bush, however, was extremely persistent in saying that Saddam Hussein had weapons of mass destruction at his disposal. Bush had no doubts about it even when the CIA administration acknowledged the delusiveness of their conclusions regarding the WMD in Iraq. It is noteworthy that the American president had nothing else to do: the thesis about Hussein's possession of WMD became the central pretext to start the war.

The current conclusions of the committee prove it again that the pretext to invade Iraq has been fabricated. The publication of the committee's report looks like an awkward attempt to shift the blame for everything on the CIA. The administration of the US intelligence was perfectly aware of the president's intention to put an end to Saddam Hussein's regime at all costs. There was a certain political order on the matter, and the CIA tried to execute it. The president has been left above suspicion, of course.