The joint Iranian-Russian endeavor to enrich uranium is apparently never meant to come true. The conclusion on the matter was made by Iranian President Mahmoud Ahmadinejad, who said that the offer from Russia was outdated. The president said that the project of establishing a joint venture between Russia and Iran to enrich uranium was actual six months ago, but the current situation had changed. 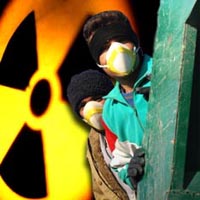 Russia offered Iran to conduct all uranium-enrichment works on its territory to meet the requirements of the International Atomic Energy Agency and calm the Western community down.

The state of affairs has changed indeed. Iran pulled out from the moratorium on uranium research works in January. The country's initiative to enrich uranium alone is absolutely unacceptable for the international community: everyone thinks that Iran is working on an A-bomb. Judging upon the statements from Mr. Ahmadinejad, Iran does not need Russia's help in establishing a joint venture since it can do everything independently.

The above-mentioned verdict from the Iranian president casts doubts on Russia’s authority. Russia has taken great efforts during the recent several months trying to convince Iran of the need to conduct the nuclear research for Iran’s nuclear industry on Russia's territory. Russian and Iranian top officials conducted a series of negotiations on the matter, but it just so happens that they were discussing an “outdated project.”

A source from Russia’s Rosatom nuclear agency told the Vremya Novostei newspaper that there is hardly any chance to hope for Iran to suspend its nuclear research. “Russia is still trying to come to an agreement with Iran regarding the joint venture. However, Tehran says that the nuclear works in Iran will not be stopped anyway,” the source said.

Mahmoud Ahmadinejad rejected Russia's offer shortly before the meeting of the UN Security Council (slated to take place on April 28). The Council will review the report from IAEA Director El Baradei and will probably raise the question of imposing sanctions against Iran. It is worthy of note that Iran may pull out from the IAEA if it disagrees with the decision of the UN Security Council.

The issue of Iran’s cooperation with the International Atomic Energy Agency has become a matter of the past now. Iran virtually showed international inspectors the door. The same happened to Mr. El Baradei who recently visited Tehran. Iranian officials refused to answer questions about secret nuclear research works and their possible military purpose. Mohammed El Baradei is ready to step up on the tribune of the UN Security Council and acknowledge that Iran has done nothing to answer the questions of the international community.

To add more fuel to the fire Iran’s leaders promised to share the country’s nuclear developments with other Islamic states. Sudan seems to be the first in the line of candidates taking into consideration the ethnic war and humanitarian catastrophe in its Darfur province where the international community is launching a peacemaking operation. Iran’s spiritual leader, ayatollah Ali Hamenei, told Sudanese President Omar Hassan al-Bashir yesterday in Tehran that Iran’s scientists would be willing to share their experience and knowledge with Sudan.

In the meantime, the US Secretary of State Condoleezza Rice said yesterday that President Bush was considering all possible scenarios against Iran. Ms. Rice added that the US administration was still hoping to find a diplomatic solution of the problem. She later added though that the international community would never let Iran become proficient in nuclear technologies for the development of nuclear weapons.