Russian and US citizens see each other as potential enemies?

The cold-war paradigm of Mutual Assured Destruction (MAD) between the US and Russia never really went away, and experts warn of a replay of the old superpower arms race. Citizens both in the USA and in Russia see each other as potential enemies, thinking that another cold war is inevitable. However some experts believe that fresh talks between the heads of the two countries can change the situation for the better. 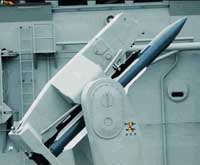 Russian and US citizens see each other as potential enemies?

"There are many nuclear-armed countries in the world, but only Russia and the US have this MAD relationship, in which each sees it as necessary to maintain the means to deter the other," says Dmitri Suslov, an analyst with the independent Council on Foreign and Defense Policy in Moscow. "We need to get away from that, to find a new basis of stability, but I'm afraid we're not going in that direction right now."

An article in the current issue of US journal "Foreign Affairs" rang alarm bells in Moscow this month. "The Rise of US Nuclear Primacy" argues that the deterioration of Russia's nuclear arsenal, coupled with recent US technology breakthroughs, means Russia can no longer count on deterring the US with its nuclear capabilities.

The authors, American professors Kier Lieber and Daryl Press, say Russia's fraying radar and satellite systems "would give Russian leaders at most a few minutes of warning before American weapons destroyed Russia's retaliatory forces." By contrast, they say, the US is actively modernizing its nuclear arsenal with stealthy and highly accurate new weaponry. "Unless they reverse course rapidly, Russia's vulnerability will only increase over time," the authors say.

President Vladimir Putin issued a statement following the article's publication last month, insisting that Russia will increase its weapons spending and do whatever necessary to keep its strategic edge. "Maintaining the minimum level of nuclear armaments required for nuclear deterrence remains a top priority," he said.

But Vitaly Shlykov, a strategic analyst formerly with the Soviet military intelligence agency GRU, says the Foreign Affairs article was "a major blow to Putin's prestige. It made him look vulnerable to charges ... that he doesn't pay enough attention to Russia's defense. Now he will pull out all the stops and spend whatever necessary to modernize Russia's nuclear deterrent."

At a press conference last week Alexei Arbatov, a senior arms control expert with the Carnegie Center in Moscow, said that Russia today has 39 percent fewer strategic bombers, 58 percent fewer intercontinental ballistic missiles, and 80 percent fewer nuclear missile submarines than the former Soviet Union had in 1991. Mr. Arbatov said Russia should step up its production of the newest Topol-M missiles from the current rate of eight per year to about30annually. "I'm not calling for an arms race, but for modernization [of Russia's strategic nuclear forces]," Arbatov said.

Russian experts say that President Bush's 2001 decision to withdraw from the Anti-Ballistic Missile Treaty made Moscow determined to deploy a new generation of nuclear missiles that could penetrate any possible US defense shield. Those weapons are now coming online, they say, with the first regiment of mobile Topol-M intercontinental ballistic missiles, which feature warheads that can evade interceptors, due to become operational this year. By 2008, Russia will begin stationing its new Bulava missiles, each carrying six independently-targeted warheads, on a new fleet of nuclear submarines.

"Russia is no longer capable of competing on the same level as the US, but you do not need to copy the same technologies or have the same number of missiles to respond," says Danil Kobyakov, an analyst with the independent PIR Center in Moscow, which specializes in nuclear issues. " Russia can retain its basic ability to destroy the US in retaliation for an attack; that's the logic of MAD."

Former Russian Prime Minister Yegor Gaidar, who now heads a prominent liberal institute in Moscow, has warned that the perception of Russian (and Chinese) vulnerability projected by the Foreign Affairs report might even prompt a revival of cold war-style military blocs. "If someone had wanted to provoke Russia and China into close cooperation over missile and nuclear technologies, it would be difficult to find a more skilful and elegant way of doing so," Mr. Gaidar wrote in a letter to the Financial Times this month.

The old arms race was eventually reined in by a net of arms control treaties between the superpowers. Though most of those treaties are now redundant, a 2002 agreement between Putin and Bush committed to reduce their strategic arsenals to 2,200 warheads each by 2012, but placed no limits on technological innovations. Currently, Russia has 3,800 strategic warheads and the US 4,530.

Some Russian experts say the shadowof MAD can be banished only through fresh US-Russia talks that would lower nuclear stockpiles to fewer than 1,000 strategic nuclear weapons apiece. "We can only eliminate MAD if we eliminate those weapons," says Mr. Kobyakov. "Even if you have good relations and good intentions, as long as you have those potentially devastating nuclear forces, there will always be fear and suspicion of the other side."