US Ambassador to Azerbaijan recalled after prostitute scandal

The day before yesterday the USA’s Ambassador in Baku Reno Harnish was conversing with Azerbaijan’s Defense Minister Safar Abiev as if nothing had happened, discussing the strategic nature of the two countries’ partnership and speculating over what President Ilkham Aliev’s upcoming visit to America will achieve. But at the same time everyone already knew that Reno Harnish is a “lame duck”. 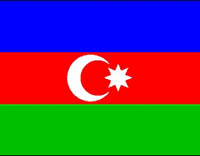 US Ambassador to Azerbaijan recalled after prostitute scandal

It all started with information that had leaked to the press saying that the ambassador is apparently returning to his homeland. “What’s the reason for that?” the local media asked all at once, having easily calculated that the state department is recalling the senior diplomat before the stipulated end of his tenure. “It was nothing other than his failure over the “orange revolution” that betrayed poor Harnish,” the opposition press sympathetically supposed. After all the ambassador worked tirelessly for the victory of the Azerbaijani “Orangeists”: he took part in zonal confrontations with them in the provinces, forced through the registration of opposition leader Rasul Guliev, even though he is on the wanted list, and helped with meetings…

Actually the FBI was on the tail of the major mafia which trades in “living” goods. FBI agents turned up in Harnish’s lobby, embassy officials began to be called in to speak with them. It is known for certain that the enlistment and transfer of young people from sunny Azerbaijan to no less sunny Florida were organized on a truly American scale and brought large profits. There turned out to be a large demand for scorching brunettes in the USA, and so joint business between American diplomats and Baku prostitutes, which had lasted for many a year, flourished. Baku has been more successful with its integration into the Western sex industry, than in its NATO partnership.

At the very moment when rumours began to emerge about American agents being interested in the arrangement for issuing visas, another scandal broke out: a former translator for the American embassy Zarifa Dzhabieva was found murdered in her own home. Detectives, this time Azerbaijani ones, soon informed the press: an unknown killer had inflicted 50 knife wounds on the woman, none of the victim’s valuables had been touched, but the criminal had clearly been looking for something. At the same time the translator’s involvement in the secret business of American diplomats was investigated – she was mixed up in aiding and abetting the issuing of visas and forged documents to girls who had agreed to become prostitutes in the dollar-haven of America.

It cannot be said that the American embassy was particularly embarrassed. “The uncovering of the crime linked to the sale of Azerbaijani girls to the USA, and the punishment of the guilty parties merely shows the high level of American-Azerbaijani relations,” Jonathan Henick, head of the Public Relations Centre for the US Embassy in Azerbaijan, commented on the situation, without a trace of embarrassment.

But anyway Reno Harnish is packing his bags. They are now guessing in Baku whether he will be leaving the Caspian shores forever or, like his predecessor, Stanley Escudero, having left the diplomatic field, he will reappear in Baku in a few months in a new position – as a senior consultant for one of the oil companies. This is possible, as the corruption scandal which Escudero was implicated in has still not died down, yet this does not stop him rolling around Baku in his jeep and being accepted at the very highest level.