The first session of the Council of Representatives of Iraq will be held next week after a delay of several months. Deputies of the council will try to smooth over a number of disagreements and choose Iraq’s top leadership including a president, two vice presidents, and a prime minister, said acting parliament speaker Adnan Pachichi on Wednesday, in a press conference in Baghdad. “Launching the assembly is a duty to the Iraqi people and an important step in confirmation of the democratic process in this country,” Pachichi was quoted as saying. 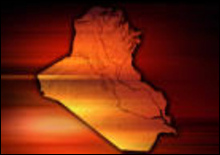 The decision to convene the Council of Representatives of Iraq, which was elected on December 15, 2005, became a reality after the United Iraqi Alliance (a coalition of leading Shiite parties – the largest faction in parliament) had started to look for an alternative candidate to the post of a prime minister. Prime Minister Ibrahim al-Jaafari who was put forward by the Shiites back in February met with strong opposition on the part of the Sunnis and Kurds. More importantly, the United States also opposed al-Jaafari.

Critics accused al-Jaafari of “power monopolization and administrative inefficiency.” There are some grounds for the above accusations. The Shiite candidate has failed to form a new cabinet over the last two months. He has continually argued with various factions of parliament. Though Washington publicly declared its nonintervention in Iraq’s domestic affairs, it fretted about the Iraqi political crisis very much. The White House feared that the crisis could not but result in greater instability in a war-torn country plagued by sectarian tension. Besides, the Americans were quite concerned about al-Jaafari’s tight connection with Iran where he had worked prior to the toppling of Saddam’s regime. Iran is one of the countries on the U.S. list of the “axis of evil.”

A surprise visit by the U.S. Secretary of State Condoleezza Rice and British Foreign Secretary Jack Straw to Iraq last week obviously made the United Iraqi Alliance change its doggedness with regard to possible search of a “new man.” Rice and Straw held a series of intensive behind-closed-doors meetings with the leaders of parliamentarian factions. They made clear that Washington and London were not going to put up with the Iraqi parliament in a state of crisis any longer. More importantly, they made clear that no more funds would be sent to parliament in turmoil.

Indications are that al-Jaafari is adamant on his ambitions. He keeps saying that “other people’s biased opinions on his past activities” will not make him remove his nomination. Al-Jaafari feels confident since his key allies stick by their support for him. First and foremost, he enjoys support of the radical bloc headed by the well-known Shiite imam Muqtada as-Sadr. Analysts believe the situation would greatly complicate the process of choosing a new candidate to the top post of the new Iraqi government. Meanwhile, representatives of as-Sadr’s party have recently hinted at making a compromise and accepting the nomination of Jawad al-Maliki, a prominent member of al-Jaafari’s Dawa party, Baghdad daily Al-Mashraq reported on Wednesday. But they strongly object to a candidate from the ranks of largest party of the united coalition – the Supreme Council of Islamic Revolution.

It remains to be seen whether the Shiites will be able to handpick a candidate acceptable to the Sunnis, Kurds, and secular parties prior to April 17, the opening day of parliament. The United Alliance has 130 out of the 275 seats in the Council of Representatives yet they can not get their candidate approved without taking into account an opinion of the opposition. A future prime minister should be okayed by Washington too. American analysts believe the Shiites will not able to come up with a compromise candidate until next Monday, and therefore parliament will not go into session next Wednesday. Consequently, the political crisis in Iraq will deepen.