Tension in store for Italy as election outcome impossible to predict

Today is the last day of the election campaign in Italy. It turned out to be quite typical for Italian politics: scandalous announcements by Berlusconi, practically meaningless furious polemics, the scattering of the voters’ preferences among numerous parties, TV propaganda and the use of administrative resources to favour the ruling party. Just as traditionally, it is extremely difficult to predict the outcome of the election. 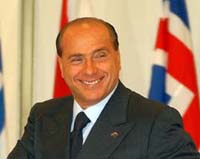 Tension in store for Italy as election outcome impossible to predict

During the last week before the elections, it is forbidden to publish opinion poll results in Italy. According to the latest figures, the left-wing “Union” coalition headed by former European Commission chairman Romano Prodi is slightly ahead of the right-wing coalition “House of Freedom” headed by Berlusconi. But we should bear in mind that for these elections the voting legislation has been changed quite significantly.

The voters are voting not for blocs, but for individual parties. Seats in the parliament will be allocated among them on a proportional basis. Therefore if any party which has not broken the 2-per cent barrier does not enter parliament, the votes given for it will not be counted. This arrangement is causing serious concern for the Left.

Firstly, there are more parties in their alliance, but the ratio of support for each one is less. Secondly, nobody can vouch for how the Communists, who are represented by two parties, will behave. In other words, after the votes have been counted, which in Italy traditionally lasts two days, during Monday and Tuesday, much will depend on the number of seats obtained by the individual parties making up the left and right blocs. The upper and lower chambers of Parliament could well end up being controlled by two hostile unions, which would effectively result in the paralysis of the political system.

If we return to the election campaign, which is coming to its conclusion today, the moments that stick most in the memory are the numerous scandalous announcements made by Berlusconi, who quite legitimately can be called the brightest star in modern Italian show-business. Berlusconi is helped a great deal by television, as he is hardly ever off the air, and by a happy coincidence happens to be the country’s main media magnate.

When one of his statements turns out to be too scandalous, such as his recent one about the fertilization of fields by infants during Mao’s time, the head of the Italian government is usually quick to blame journalists for everything, who are well known in Italy for their left-wing convictions.

As far as the tactics of the two main political groupings are concerned, they were also extremely stereotypical. The left pointed out, with reason, that during Berlusconi’s rule, who incidentally set a record as the longest-serving Italian premier, the macroeconomic situation in Italy has got worse. The head of the cabinet worked hard to scare the voters with the left’s plans to establish a Stalinist dictatorship in their country and as usual handed out a large number of promises. On the whole Berlusconi is promising to relieve the tax burden. At the same time, neither he nor the left have a particular programme of economic reforms which would drag Italy’s economy out of its torpor.

Yet it is easy to understand why the premier is being so industrious. If he loses, he might be reminded of his many sins of recent years. Having enlisted the support of the parliamentary majority, Berlusconi, as is well known, changed many laws, doing everything to make himself immune from judicial prosecution. Berlusconi is trying with all his might to stop his enemies from coming to power. For example, there are several openly fascist groups in his coalition, whose supporters might secure victory for the right-wing alliance. All that remains now is to wait until the middle of this week to find out what course Italy will take. Yet it is clear that at least several very tense weeks are in store for Italy, after which the left may end up in power.