Japan was an ally to Nazi Germany during WWII

Russia may get involved into another big international scandal: Japanese Prime Minister Junichiro Koizumi said he would not come to Moscow to celebrate the Victory Day this year. 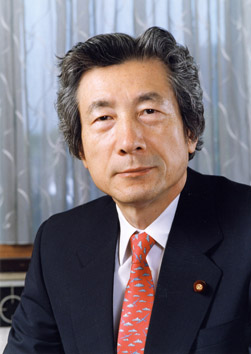 The Japanese prime minister explains the refusal to come to Moscow with much work to be done. “This will be problematic to participate in the Victory Day celebration in Moscow, as the second half of the session at the Japanese parliament begins right at this period,” he said.

Russian President Vladimir Putin sent an invitation to the Victory Day celebration to the Japanese prime minister last autumn. The latter delayed his answer for a rather long period. The refusal can most likely be explained with the government's negative attitude regarding a trip to Moscow for the 60th anniversary of the Victory over Nazism.

During the Great Patriotic War, Japan was an ally to Nazi Germany. However, it was not at war with the USSR. In August 1945, the Soviet Union retrieved territories lost during the 1904-1905 Russian-Japanese war. Japan will not recognize the loss of four South Kurile Islands, that is why Russia and Japan have not concluded a peace treaty yet.