US specialists to inspect Russian civil and military nuclear objects

The text of the document contained a sensational statement, which said that Moscow virtually gave a green light to US-led inspections

The joint US-Russian statement about cooperation in the nuclear security does not stipulate the control of the States over Russian nuclear objects, the State Duma deputy, former Security Council Secretary, Andrei Kokoshin believes. “It does not go about any kind of control over this or that security object in Russia,” the deputy told reporters. According to the Russian politician, there are certain figures and political forces in the USA, which would like to control Russian nuclear objects, though. “However, the US administration expressed its understanding of the fact that the Russian leadership, which firmly stands for Russia's national interests, will never give up the nation's sovereign rights in this field,” Andrei Kokoshin said. 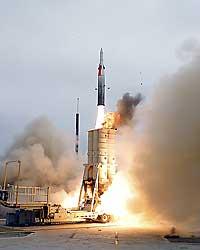 The above-mentioned document on cooperation particularly says that the protection of Russian and American nuclear objects meets all modern requirements. In addition, Russia and the USA are supposed to increase the level of nuclear security in the countries, where it needs to be improved, the agreement says. The two countries must play the leading role in the international community in the solution of the vital problem, RIA Novosti reports.

The deputy released such comments in connection with a recent publication in The Kommersant newspaper. According to the article in the Kommersant, the official website of the Russian president, kremlin.ru has recently published the text of the joint US-Russian statement on cooperation in the nuclear security. The agreement was signed during the Putin-Bush summit in Bratislava. The text of the document contained a sensational statement, which said that Moscow virtually gave a green light to US-led inspections of most important Russian nuclear objects, including military ones.

The text of the document has been published on the official websites of the White House and the Kremlin, but the Russian and the English variants did not prove to be identical. There was a certain paragraph in the text, which was missing in the English version of the agreement. The paragraph said that American specialists would start inspecting all Russian civil and military nuclear objects during the current year, the Kommersant wrote.

It is not clear, why such an important paragraph could not be found in the English version of the document. US officials probably thought that it would not be correct to advertise Russia's consent to grant US inspectors access to its nuclear objects. It is not ruled out that there was a certain arrangement on the matter too. The Russian Defense Minister Sergei Ivanov stated in Bratislava that there would be no mutual attendance of nuclear objects conducted. The minister added that the document was specifically about the information exchange about systems, technology and the defense of those objects.

On the other hand, there is no reason to explain the “secret paragraph's” presence on the Kremlin website. Probably, it was a mistake, which unveiled the information that originally was not supposed to be exposed to the public eye, the Kommersant newspaper wrote.