The standoff over Iran’s nuclear program nears the peak

The tension between the United States and Iran is running high. Judging by a steady flow of belligerent rhetoric, both parties would rather be at loggerheads with each other than look for ways to make a compromise. 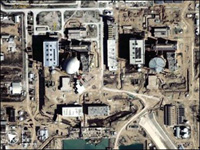 The standoff over Iran’s nuclear program nears the peak

Different analysts can express different viewpoints regarding the fact that a Muslim theocracy actually rules one of the largest and most important states at the beginning of the 21st century. An important factor should be taken into account while making an assessment. Unlike Iraq under Saddam Hussein, the present-day regime and president of Iran were chosen by open and secret ballot.

Aside from the desire to control the regions rich in hydrocarbon reserves, there is a psychological motive behind the U.S. actions. Despite today’s assurances and speculations, the U.S. brass will never forget a wound inflicted to the nation’s pride by a humiliating defeat in the hostage crises at the end of the 1970s. The U.S. attempt to rescue the hostages was a fiasco with dozens of commandos killed and several pieces of military equipment destroyed in the process.

The Iranians still remember Muhammad Riza Pahlavi, the last shah, who transformed Iran into America’s vassal state. From my point of view, the Iranians are simple people who do not hold a grudge against anybody, by and large. At the same time, they are extremely sensitive to any thing that has to do with their religious beliefs or national traditions. The Iranians regard as an insult Condoleezza Rice’s didactic speeches on the affairs of a state and spiritual ideals.

Israel plays a special role in the confrontation between Washington and Tehran. Iran has always supported the Palestinians and radical Islamic movements. The Iranians always took a negative stance on the U.S. policy in the Middles East. They view Israel as America’s closest ally and the main persecutor of the Palestinians. The longstanding conflict stems from the above circumstances.

A large and well-heeled Jewish community used to live in Iran. These days you can hardly find a Jew in Iran.

I had an opportunity to meet with then healthy Israeli Prime Minister Ariel Sharon, Vice-Prime Minister Shimon Peres and other political leaders during my last year’s trip to Israel. All of them would invariably start a conversation about Israel’s problems by pointing out the “Iranian nuclear threat.” The Israeli officials were convincing us that Iran would build an A-bomb within months. A general, whose name and position in Israel’s military intelligence are withheld by request of the authorities, played the role of “heavy artillery” during one of the briefings.

The general told us reassuringly of irrefutable evidence showing that Iran was a few steps away from developing nuclear weapons. Unfortunately, no solid proof was produced to back the allegations. Russian specialists take the lead in a group of experts who doubt that Iran is really building nuclear weapons. Even if the reports about the Iranian military nuclear program hold water, the skeptics doubt that Tehran will be able to use nuclear weapons in the foreseeable future. Alexander Rumyantsev, a major nuclear scientist and former head of the Russian nuclear agency, assured me that today’s Iran was virtually incapable of launching a nuclear weapons program on the basis of nonmilitary nuclear power engineering.

According to specialists, the world oil prices may skyrocket overnight to $200 per barrel in case of an armed conflict between Israel and Iran should the latter block the Straight of Hormuz after the first missiles hit the Iranian targets.

There is yet another argument that tends to be overlooked by fierce critics of the Iranian regime. It is highly unlikely that Iran, a theocracy resting on spiritual and religious fundamentals, will bomb Jerusalem, a city of the Muslim holies and thousands of Muslim residents. It is equally inconceivable that the Iranians will launch a nuclear strike against the U.S. military bases in Saudi Arabia or Iraq, which have such sacred cities as Mecca, Medina, and Kerbela.

You can not but admire the Americans who coined the famous saying: “This is my country even if it makes mistakes.”Unlikethe Americans, we would rather talk about some universal values when we should be focusing on Russia’s national interests instead. By the bye, the Russian interests in the circumstances fully coincide with those of the international community.

An armed conflict in the inflammable region may spark off a lengthy war involving dozens of states. The use of nuclear weapons can not be ruled out. At the end of the day, hostilities may lead to the redrawing of a political map of the Middle East. The world order may be dramatically reshuffled too.

Iran is a neighbor of Russia. The two countries have pretty friendly relations despite being at odds over a number of issues dating back to different times. Our economic interests mostly hinge on vast hydrocarbon reserves. Contrary to U.S. allegations, the nuclear program is not a cornerstone of Russia-Iran relations. Iran is the world’s second largest producer of natural gas. It has the world’s third largest reserves of crude oil. Iran pays Russia handsomely for building the nuclear facility in Busher. Rosatom, the Russian nuclear agency, is expected to receive more than $1 billion in net profit from services rendered at the first stage of the project. The amount may increase five (!) times in the future.

Western companies will undoubtedly take the place of Russian contractors in Iran ’s nuclear projects should Russia back out of the deal.

Iran has always shown restraint with regard to the Chechen issue, it has never supported the calls of the extremists to “help the brothers in faith”. A high-ranking Iranian diplomat told me that the Iranian government highly appreciated the attitude by President Putin and Russian authorities towards the Muslims in Russia.

Iran is one of the most religious nations in the world, and it has always treated the Christian Orthodox Church with respect.

The Russian Orthodox Church has been present on Persian soil since 1597 when the first Russian hieromonk Nikiphorus arrived in the court of the shah Abbas the Great.

St. Nicholas Temple of the Russian Orthodox Church is located opposite the U.S. Embassy in Tehran . The priests of the temple found themselves in hot water as the revolutionary Islamic young people were storming the “nest of spies” i.e. the U.S. Embassy in November of 1979. One day the temple’s charitable foundation received some cash and food from the new authorities. Elena Kovaleva, a director of the nursing home, was about to sign a receipt form but a bearded messenger of the ayatollahs just tore the document up. The revolution needs no red tape!

There are more than 300 parishioners of the temple nowadays. The number comprises not only relatives of the Russian diplomats but also citizens of Ukraine, Belarus, Serbia, Greece, Bulgaria, Georgia, Cypruss, and Romania.

Given all the above circumstances, Moscow’s diplomatic activity is quite understandable. Moscow is one of the few world capitals that can speak with Tehran.

Washington became more fretful as Moscow made a diplomatic effort trying to establish contact between the international community and Hamas.

The U.S. is highly sensitive to the emergence of a new player in the Middle East peace settlement. The political scientist Konstantin Simonov points out justly that “ Moscow is calling for predictability, which is actually interpreted as a refusal to political ambitions.”

Russia’s role as a potential mediator between the Muslim and Christian worlds appears to be shaping up. Basically, Russia is striving to return to the world’s club of influential powers. Needless to say, some countries are unhappy about the Russian efforts. Ariel Sharon had this to say while answering my question about Russia’s role in the world processes: “Many politicians at the West can’t understand the Russian mentality. During my visits to the United States I always try to make a point of reminding my interlocutors that Russia is trying to get back to the community of great powers. Russia’s intentions are only natural.”