Europe’s ‘bad guy No.1’ Lukashenko wins election before it was even held

The majority of observers, electors and analysts were certain long before the people of Belarus took to the polls on March 19 that incumbent President Alexander Lukashenko would be the indisputable winner of the presidential election. The West views Lukashenko as an illegitimate president, whereas Russia supports him because there is no politician in Belarus who could substitute Mr. Lukashenko and take a loyal position with Moscow. 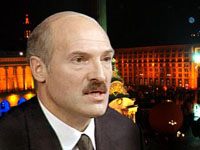 Europe’s ‘bad guy No.1’ Lukashenko wins election before it was even held

The current election campaign in Belarus can be divided into two stages: the liberal and the repressive one. During the first stage Lukashenko let his opponents obtain official registrations for the election and even granted them a relatively free access to television debates. TV speeches of Lukashenko’s rivals have not been censored in spite of the fact that other presidential candidates harshly criticized the policies run by the long-time Belarussian president. However, the government took measures to break up all illegal meetings and riots and jail their activists.

Many observers believed that the presidential election in Belarus would eventually take form of another “orange revolution.” Similarly to Ukraine, Belarus cannot boast of having opposition-oriented mass media, a certain part of the republic’s military authorities agreed not to show resistance to the peaceful change of power. To crown it all, the Belarussian administration overestimates its own forces and treats the current situation in the country quite inadequately. To all appearance, Western politicians originally hoped that Belarus would become a home to another revolution on the territory of the post-Soviet space. That is why the West was funding the local opposition and its projects as much as the Belarussian regime could allow it.

However, as soon as the Security Committee of Belarus announced that someone was preparing a coup in the country, the situation took a dramatic turn. The authorities arrested a “pro-Moscow” candidate, Alexander Kozulin, launched massive arrests of opposition leaders and cut the Western cash flows. That was the moment when foreign strategists who intended to organize a regime change in Belarus realized that Alexander Lukashenko was not going to show any tolerance as other presidents Leonid Kuchma (Ukraine), Eduard Shevardnadze (Georgia) and Askar Akayev (Kyrgyzstan) did. Lukashenko was determined to take the leadership during the first stage of the election and leave all of his rivals behind and keep the absolute control over the information field without the use of the falsification technique.

It is worthy of note that Lukashenko enjoys quite a high rating of trust in Belarus. The West, however, apparently has an intention to impose sanctions against Belarus. US President George Bush, for example, has recently handed the information about the income of Alexander Lukashenko, his milieu and members of the government to the US Congress. European politicians will most likely follow the USA's example: both the EU and the USA believe that the current presidential election in Belarus is null and void.

Unfortunately, these measures will strike a serious blow against the Belarussian opposition. The opposition leaders had a chance to quietly survive the current election, gain some reputation and publicity and start preparing for the next campaign.

According to the final results of yesterday's election, Lukashenko has gained 82.6 percent of votes. The president has strengthened his own position in comparison with the previous election in 2001, when 75.65 percent of Belarussians voted for him.

Alexander Milinkevich, the opposition candidate, hoped that Lukashenko would not be able to win in the first stage and receive some 25 percent of votes only. However, only six percent of electors voted for Milinkevich. As soon as the preliminary results of the voting were exposed, Milinkevich and his team disagreed with the official information and demanded the election should be declared invalid.

Up to 8,000 people gathered for the opposition meeting organized on Minsk’s October Square yesterday. There were no incidents registered during the rally – the people went home three hours later. The opposition has kept its promise and organized “an action of protest” although the whole event looked quite sluggish.