Estonia in mourning for ex-president Meri

The Estonian government has announced that the day of the funeral of country’s first president since it gained its independence from the Soviet Union, Lennart Meri, will be a day of national mourning. On 26 March all state and local establishments, as well as juridical bodies must display the Estonian flag of mourning. The media expects that the Tallinn Airport will change its name in honour of Lennart Meri. Messages of condolence from the leaders of many countries all over the world and famous politicians have been arriving at the home of the Estonian governments and the late president’s family. 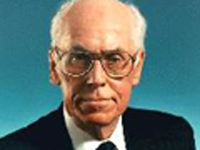 Estonia in mourning for ex-president Meri

Head of the Ministry for Foreign Affairs Mikhail Margelov sent a letter from Russia. Lennart Meri did not have any special popularity in Russia . In the years when he ruled Estonia, people used to compare him with his cousin Arnold, who was a hero of the Soviet Union and a dedicated Communist during Stalin’s time. For some bizarre reason the Stalinists beliefs of the former leader of the Estonian Komsomol were perceived as a sign of internationalist trust and love for Russia. The Estonian president’s desire to see Estonia in the European Union and to provide a decent life for his people has been seen as nationalism of the worst kind.

During Lennart Meri’s time as president Estonia has greatly changed. This was in no uncertain terms achieved by the president of the country whose role in the main was connected with presenting a certain image of the country in the international community. Meri managed to create an image of Estonia in the world that was far from Soviet. It is surprising that a man who lived virtually his whole life in the Soviet Union, starting in Siberia, managed to retain a semblance of European politics. The president of small Estonia was known in different international forums for his smart suit, black tie and decent manners. A man from Tallinn!

This man held complicated talks with his Russian counterpart Boris Yeltsin and came to an agreement over the withdrawal of Russian bases from Estonia. At the same time he resolved problems relating to veterans of the Soviet Army who stayed in Estonia. He himself took part in negotiations and thus achieved success. Meri was first and foremost a politician who did not have to try very hard to strike a cord with Yeltsin. His pragmatic way won him over.

In Russia everyone remembers the former president of the small neighboring country. Meri was one of a few foreign politicians that Russia knows firsthand, from his childhood in Siberia to his journeys around the country in search of material for his books and films. In the end, Meri was a writer and director his whole life until he became a politician. It is possible that these journeys, the ability to live in Soviet conditions gave him the opportunity to experience the advantages of living in Europe.