On Thursday the White House published a 49 page paper, “National Security Strategy”. The main parts of the document were already well known since it had earlier been handed over to several newspapers 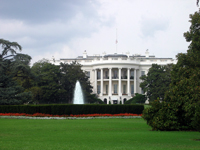 The previous “National Security Strategy” was published four years ago, just before the start of the military campaign in Iraq. The new document, which is much longer, is “peaceful”.

The current NSS in contrast to that of 2002 pays less attention to a doctrine of preventative strikes. However, this of course does not mean that the American administration is intending to call them off. “If it is necessary, we will take preventative measures before we are attacked, even if there is some doubt regarding the date and place where the enemy attacks will take place.”

The USA’s main threat is of course Iran. “It is possible that we might not face a bigger threat from any other country than that which we face from Iran,” the document says, “The Iranian regime sponsors terrorism, threatens Israel and is trying to disrupt peace in the Middle East and democracy in Iraq.”

US Secretary of State Condoleezza Rice, who is in Australia on an official visit, gave a harsh criticism of Iran, “Iran poses a great threat, since it is trying to work on a nuclear program which allows them to create nuclear weapons and we think that they will continue to do this contravening a nuclear non-proliferation treaty.” On top of this, Iran is classed as “the main sponsor of terrorism.”

The current NSS writes mostly about Iran . However, this does not mean that the USA is preparing for a military campaign against Iran. In the 2002 paper George Bush declared that he wanted to “carry out a missile attack on Baghdad ” on virtually every page.

However, Washington now counts on international cooperation as the principal way of dealing with crises. In particular it is noticeable that the document pays less attention to North Korea than to Iraq . However, the North Koreans are closer to creating a nuclear weapon. The American administration insists that North Korea returns to take part in six way talks.

Russia is mentioned in the paper although nothing is said that was not already known. The NSS speaks of “the lowering of democratic values”. The Bush administration promises that it will “work with the Russian government and move the country forward and not back.” The greatest development between Russia and the USA depends on Russia’s internal and external politics. This especially means Russia ’s political role in the Middle East , Central, Southern and Eastern Asia .

On the whole the Bush administration ahs not deviated much from its fixed idea of transforming democracy. Nonetheless the main aim of the USA as before remains the “ending of tyranny in the world.” George Bush remarked in his introduction to the NSS that the document focused on two issues, the protection of freedom and countering global threats “especially ones which threaten democracy.” Bush did not forget the radical Islamic movements, the fight against which he called the “biggest ideological conflict of the first years of the 21st century.”

Moreover, the document says that “our National Security Strategy is idealistic in its aims but realistic in its means of achieving them.” However, the American administration’s “idealism” seems too expensive and they lack all sense of reality.