Is the USA on the brink of economic crisis?

An economic crisis may occur in the USA the day after tomorrow, if American congressmen do not decide to increase borrowings to USD 9 trillion by the time they leave for their autumn recess. 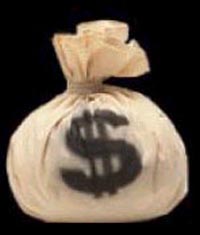 Is the USA on the brink of economic crisis?

On 6 March the Head of the Treasury John Snow warned congressmen that by 20 March the USA may exceed the fixed limit of $8.2 trillion. Snow announced that the American administration had taken measures to avoid exceeding the agreed limit of national debt. He encouraged congress to approve the increasing of the borrowings as soon as possible so as to avoid a possible economic crisis. They plan to limit the Social Security Fund which the Treasury thinks will save a few billion dollars. They propose to take $65 billion from the State Pension Fund and $15 billion from the Exchange Stabilization Fund which is in place to account for currency fluctuations. The measures are only temporary and it is thought that the money would be returned to where it came from.

The potential for an American economic crisis is not causing much interest in the world. Many, who are not familiar with the process, for some reason are delighted by the current situation. In spite of the main economic problems in th4e USA, the large budget deficits and the internal transferring of money, which is funding the borrowings, there is no basis for expecting an apocalypse to take place. Congress has previously increased the limit in 2002, 2003 and 2004. Last time it was raised from $7.38 trillion to $8.2 trillion. Talk of a possible economic crisis in America has not occurred since the days of Reagan and his so-called Reagan economics. In those days the administration lowered the level of taxes to stimulate business and pay back the deficit created by borrowings.

On this occasion John Snow’s demands have provoked much debate. Congressmen intend to create a new law which will prevent similar situations from occurring in the future. Parliamentarians are planning to press upon the American administration the need to preserve budget expenditure.

In any case the probability of a technical crisis in the USA actually becoming a reality is next to none. In the event of an economic crisis in the USA, the whole world in effect becomes creditors. Since the American dollar is the main world currency, any consequences would be felt not only by the USA itself but by all her economic partners. The American economy is more advanced than that in any other country in the world and so the rest of the world would not be able to counteract the deficits. It is ironic that the potential crisis would cause more damage to the economies of other countries than the USA. In the group of countries at most risk are feeder countries such as Russia and China.

However, it is 99.9% certain that the borrowing limit will be increased. In recent years the American economy has adapted to large deficits and the burden of debts. The friction between congressmen is caused by the political situation which is hardly of any significance.