The USA to start funding 'democratic reforms' in Russia and CIS

The US administration made a decision to stop funding economic reforms in Russia. According to the message, which was posted on the website of the US Department of State, the Russian economy is functioning well; many market economy institutions have been created. That is why, the American government believes, any further assistance to Russian reforms would have to become rather inconsiderable. The financial year 2006 will be the last year for the USA to assist with economic programs in Russia. 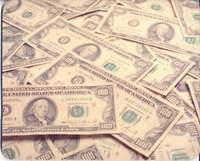 The last help to Moscow will make up $48 million. Ninety-six million dollars were assigned in 2004 and $85 – in 2005. Beginning from 2007, Washington will concentrate its attention on “backing past investments.”

The USA will still be wiring money to Russia anyway – for the development of democracy. The message on the official website of the US Department of State says that recent negative trends in the field of democracy and human rights in Russia require more attention in 2006. The US administration also promises to help Russian non-governmental organizations, independent mass media and the law-enforcement reform.

Russia's economic achievements have not become the reason to explain the lack of money in the US budget for Russia. The document published on the site of the Department of State says that the Ukrainian economy has been developing very well too. George W. Bush seeks $105.2 million for Kiev: $88 million of economic assistance, $1.7 million for training Ukrainian military men and $16.5 million for funding the Ukrainian defense import from the USA.

Defense assignments on the last position have increased almost five times within a year. Washington believes that Viktor Yushchenko's election after the dramatic “orange revolution” opens vast opportunities for economic and democratic reforms in a strategically important country, which Ukraine is for the States.

The former Soviet republic of Georgia will take the second place on the list of American financial priorities in 2006 - $80 million. The so-called “revolution of roses” has taken reform-oriented, pro-Western leaders to power in Georgia, American officials believe. Belarus, however, does not keep up with the rest of Eurasia. The US administration does not see any hopes for political and economic reforms in Belarus as long as President Alexander Lukashenko stays at power. Belarus will have to enjoy only a seven-million-dollar assignment from the USA.

President Bush presented the draft budget 2006 on Monday. The budget cuts assignments on almost all positions, except for defense and security. The defense spending will increase by 4.8 percent to $419.3 billion. The FBI will receive eleven percent more, the funding for the Department of Homeland Security will increase by 6.8 percent and the spending for the Anti-Drug Agency will be raised by four percent.

The raise of the funding for the US Department of State will be the largest. The budget stipulates a 15.6-percent increase ($33.6 billion) for international affairs. It goes without saying that Washington is very generous when it comes to international politics. The victory in the global war with terrorism is the first priority of the USA's foreign policy. The funding for the promotion of democracy in the world will increase in 2006 too. The non-governmental fund for democratic support will receive $80 million: the funding has doubled in two years.