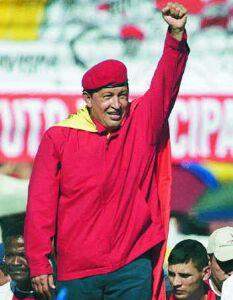 Venezuela is today's US fourth oil supplier, but this could drastically change in the short term. As the relationship between neo-conservative Washington and leftist Caracas deteriorates day after day, the government of Hugo Chavez is looking for new oil partners in China, Russia, India, Iran and Argentina, as advanced by PRAVDA.Ru.

In the last months, Chavez moved quickly to accomplish his strategy by signing bilateral deals with these countries. More recently, rumours about selling American oil-refining operations used to process Venezuelan crude for the U.S. market, came to confirm what looks to be a trend.

Venezuela is world's fifth oil exporter and responsible for 15 percent of the US imports. Much of that comes through its Houston-based subsidiary, Citgo, which is owned by the Venezuelan state oil company, Petroleos de Venezuela, S.A. (PDVSA). This is the unit Wall Street expects to be sold by Caracas, which could mean a huge operation as Citgo is the ninth-largest refiner in the US.

The redefinition of Venezuela's strategic partnerships wrote a new chapter last week when President Hugo Chavez and Chinese Vice President Zeng Qinghong signed several agreements concerning oil, agriculture and technology. During their meeting, Chavez and Zeng signed a total of 19 agreements after discussing technological cooperation, as well as mining, oil and gas projects, according to a statement issued by the information ministry.

Chavez is also interested in the acquisition of the whole Shell operation in Argentina, which adds up to $1 billion, including refineries, petrol stations and oil wells. Chavez expressed his will this week in Buenos Aires, where inaugurated a PDVSA petrol station in the center of Argentina's capital. The investment would be a joint venture with Argentina's ENARSA, a recently created state owned Oil and Gas Company.

The Venezuelan government is trying to reduce the US influence in its budget, taking into account Washington’s hostility to its rule and Bush administration’s aggressiveness against friendly Cuba. It does not mean a threat to US interests, but rises concern in Washington as South American new leadership is far from being as docile as it used to be.