In 50 years time Australia will be a Muslim state

Scholars and politicians are convinced that Australia is threatening its own existence. In the words of one member of Australian Parliament, it will not be possible for the country to know for another fifty years. It is everyone’s fault – the medical drug RU486 which guards against unwanted pregnancy by interfering with the action of hormone progesterone which is crucial to the normal progress of pregnancy. 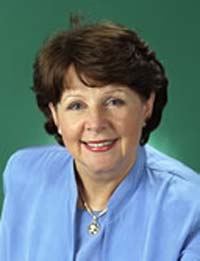 In 50 years time Australia will be a Muslim state

The drug has proved effective and is very popular in over thirty countries including Australia. At this time many immigrants are having many children. A large proportion of these immigrants are Muslim and as is well known Islamic law forbids abortions and the use of contraceptives.

Australian Member of Parliament Danna Vale thinks that the use of the tablets, about which there have been many serious discussions, could have catastrophic consequences. The birth-rate in the country is at a critically low level. If RU486 is made available, the situation will become yet worse.

Vale cites the words of an imam at one mosque in Sydney who claims that within half a century Australia will be a Muslim state.

“I did not believe him, but if we look at the birth-rate. . . . We are dying out of our own accord: every year about 100 000 abortions are registered. If this number increases over the next fifty years, then we will only have 5 million Australians,” announced Vale

The government inCanberra, considering the numerous opponents to the drug, is now looking into the issue of whether to allow RU486 to be sold in the country.

However, Vale has had to apologize for her comments which have been met with criticism by Muslim society in Australia. Members of her own party have reproached Vale’s comments about the link between the tablets and the spreading of Islam.

In connection with the idea of Muslim migrants, many recall the disturbances which occurred throughout Australia in December of last year. At that time the question of religious tolerance came to the fore.

Meanwhile, the RU 486 tablets have also been a talking-point amongst Italians. Silvio Berlusconi, in particular, is against abortions. He imposed restrictions on the import of the drug into Italy. Indeed the topic of abortion and the issue of birth-rate became the main theme of his pre-election campaign.

This theme will become prominent for most countries in Western Europe. The problem of the increasing average age in Europe has become especially pertinent amidst the increasing level of migrants and principally those of Muslim faith.

At the end of the 20th century the population of Western Europe was 729 million. Today it is decreasing. Over the next few decades, it is expected that the population will decrease at a rate of two million people a year. As a result by 2050 the population of Europe will probably will 75 million less than today’s. These figures are of course based on the indigenous population. The number of inhabitant of Europe will actually become much larger than now but it will not be the previous “Old-World.”