Washington lines up more problems in the Middle East

The USA does not intend to give up its role in the Palestine-Israeli conflict. The idea that it might lose such a role became tangible after Vladimir Putin last week invited the leader of Hamas to Moscow. Paris supported the Russian President’s actions. Venezuela and the Republic of South Africa have also spoken out about the invitation to the radical Palestinian movement. Washington initially reacted quite calmly to the news that Russia has got involved but has now started to worry. The USA has in effect come up with a Plan B. 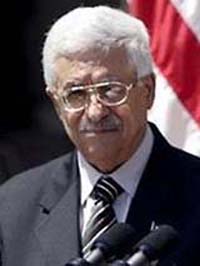 Washington lines up more problems in the Middle East

The current American administration is not at all happy with the situation. For the last few years the USA has been the only mediator in talks between the Palestinians and Israelis. With Washingto ’s support Mahmoud Abbas, leader of the Fatah movement which lost the last parliamentary elections, became head of a Palestinian national autonomy. The United States agreed to work with Abbas, Fatah and Israel . However, they refused to collaborate with Hamas. The leaders of the radical group up until now have not agreed to lay down their weapons. They accept that Israel has a right to exist and affirm the previous agreements between Israel and Palestine .

Hamas is in no rush to do this. The Israelis confirm that it is impossible to get any concessions from the radicals and so it is not worth wasting any time holding talks with them. The Americans, it seems, agree with such a view.

Accordingly the only way of solving the situation is to remove the radicals from power. Needless to say this does not mean by carrying out a military operation. There other no less effective means. They are able to punish Hamas economically with the dollar. The New York Times reports that the exchange rate will be such that it will cause an economic crisis in Palestine which will give the pretext to dissolve parliaments and hold new elections.

One of the main forms of revenue in the Palestinian budget is foreign investment, to the sum of $1.5bn. The Israeli government has already announced that it will cease all financial support to the Palestinians when the new parliament comes into power; that is to say as of 18 February. The Palestinians will not receive approximately 55 million dollars each month made up of taxes and customs fees which Israeli officials collect at border territories. Acting Prime Minster Ehud Olmert said that the funds would be temporarily frozen in bank accounts.

It is possible that the USA may be able to persuade the European Union to take part in the boycott. By doing this Palestine’s budget will have a huge deficit of $60-70m each month and this will create even bigger problems for the region. They will not be able to pay wages to doctors and teachers, to 58 000 emergency services workers, the majority of whom are opponents of Fatah. Israel is also considering another way of putting pressure on Palestine . They will monitor the imports and exports at the West Bank and the Gaza Strip, meaning both people and goods. Israel also decides how many Palestine workers to allow into the country each day.

No good is promised to come from Hamas. The radicals will not be able to deliver their pre-election promises – to improve the living conditions of ordinary Palestinians. The economic crisis and the related problems will allow head of the PNA Mahmoud Abbas to dissolve parliament and call new elections. They will be able to refuse to allow Hamas to stand at the elections. The head of the autonomy tried to do this before the last elections. However, Washington insisted that all political parties in Palestine take part.

There are two possible outcomes to the crisis. Many experts and diplomats have expressed serious concerns that the financial blockade by the West will spur Palestine to forge links with Syria and Iran. Damascus and Tehran are of course not able to compensate Palestine fully for the loss of Western money although it is in their power to give some help to Hamas. Thus it may be that Palestine is on the brink of civil war.

Furthermore, even if the USA and Israel manage to create a political crisis in the autonomy and new elections are called, it is not definite that Fatah will not be able to get its revenge and succeed in getting most of its members back into parliament. The radicals will be satisfied by simply upsetting the plans of Mahmoud Abbas and his supporters, having blamed them for creating the current situation. They will again win the elections.