An international scandal broke out between Russia and Israel in the very beginning of the new year. Spokespeople for the Israeli authorities said that the relations between the two countries were about to end. Israeli Prime Minister Ariel Sharon conducted a secret ministerial session devoted to the “Russian problem” on January 2nd. Israeli ambassador to Russia, Arkadi Mil-Man was called to Jerusalem. According to the Kommersant newspaper, it was Israel's reaction to Russia's intention to sell up-to-date weapons to Syria – Iskander-E high precision ground-to-ground missile systems capable of hitting targets at a distance of 280 kilometers. 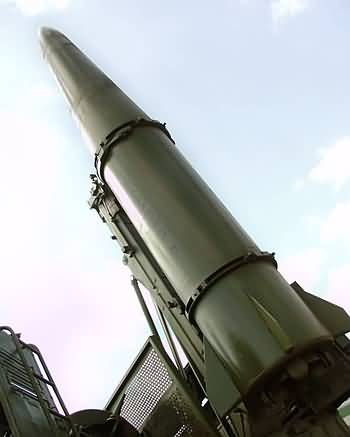 The information about sudden aggravation of the situation with the relations between Russia and Israel appeared on January 3rd. The Haaretz newspaper published a short article about Ariel Sharon's special session of the Israeli Cabinet of Ministers, which was devoted to the relations with Russia. Israeli Foreign Minister Silvan Shalom, Defense Minister Shaul Mofaz, Security Council chairman Giora Eiland and chiefs of all Israeli special services took part in the session. In spite of the fact that the session was secret, it transpired that the officials supposedly discussed Russia's unfriendly steps and an adequate reaction from Israel. According to the Haaretz, Israeli officials did not make any certain decisions. The Foreign Ministry and special services of Israel are carefully watching the situation.

Israeli analysts attempted to find out the reason to the crisis. The first version was linked with President Putin's words, who stated during his press conference on December 23, that there were some people in the team of Ukrainian presidential candidate Viktor Yushchenko, who used “Zionist slogans” in their activities. However, the press service of the Russian administration explained later that it was just a slip of the tongue: the Russian president wanted to say “anti-Semitic.”

The crisis was gathering pace. Alexander Saltanov, Deputy Foreign Minister of Russia, who was an observer at the election of the head of the Palestinian Authority, did not visit Israel against the schedule. Another publication in the Haaretz said that there was a certain highly classified problem that caused the crisis between the two countries. Israel obviously used such uneasy publications to inform Moscow of its indignation. The most convincing version of all says that the situation occurred on account of Russia's friendship with Israel's enemies. The Israeli administration has always been rather careful as far as Russia's military cooperation with Arab countries and Iran was concerned. Israel would meticulously approach every new contract trying to determine a possible threat to Israel's security.

As it became known, the crisis of bilateral relations had been caused with Russia's intention to sell a high-precision missile system Iskander-E to Syria. If Syria deploys Iskander-E systems near the demarcation line, for example, Israel's entire territory including its nuclear center would find itself within the range of the missile system.

The development of the high-precision missile system Iskander started in Russia in the middle of the 1990s. The mobile system with two missiles weighs 40 tons; its range varies from 50 to 280 kilometers. The export variant of the Iskander-E system is equipped with one missile. Russian military men completed the state test in August of 2004, which became a subject of a special report to President Putin. An order for eight or ten systems would be necessary to launch a serial production of the system. Syria asked for 18 Iskander-E complexes two years ago, when the works on the system were not finished yet. According to the Kommersant newspaper, Russia informed Syria about the completion of tests in October. Syria evinced its interest in acquiring not only Iskander, but also Favorit and Top-M1 missile systems.

The possible delivery of Russian Iskander missile systems to Syria might exacerbate not only Russian-Israeli relations. The USA will most likely stand up for their ally. The US administration imposed sanctions against a Russian enterprise for selling anti-tank missiles to Syria several years ago. Now it goes about a much more powerful weapon. It would be absolutely logic to suppose that the USA might take decisive measures that would touch upon Russia's interests on the whole, not just a particular enterprise.