The story with the scientist of physics from the Russian city of Krasnoyarsk has recently taken another turn. Scientist Danilov is accused of handing over the information on secret space technologies to China. The investigation on the matter, however, is going very slow due to numerous confusing facts. The embarrassment of the law-enforcement agencies entails different versions of what is happening with the scientist. According to one of them, US authorities demand the punishment for the Russian physicist, because they are interested in the cessation of space cooperation between Russia and China. There are certain forcible facts to back up this opinion. 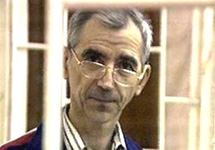 Physicist Danilov gave an interview to Los Angeles Times on November 5th. On November 10th the scientist was taken into custody according to the requirement from the Krasnoyarsk Office of the Public Prosecutor. Prior to his arrest, Danilov was free on the written undertaking not to leave the region.

Physicist's lawyer Elena Evmenova stressed out that the interview to the newspaper could not be considered a forcible argument for imprisonment. That is why, the lawyer believes, the authorities had another reason to put the scientist in jail. Most likely, the fact of US reporters' interest in Danilov showed that someone in the American authorities was carefully watching the situation. It is clear, for the USA does not conceal its concern about the growing military power of China. The drain of Russian technologies to the East poses an obvious threat to the States.

The unfortunate physicist's guilt can be described as follows. Academicians Shabanov and Vladimirov, the chairmen of the Krasnoyarsk-based department of the Siberian division of the Russian Academy of Sciences, appeared on local television on November 11th. The academicians stated that the scientific cooperation with whoever it may be was conducted under the meticulous control of the Russian special services, as it happened in Danilov's case too. In other words, agents of the Russian Federal Security Bureau (FSB) were perfectly aware of the information that the physicist was passing to China on the base of the open commercial contract. It is noteworthy, that the information had no military value indeed: it described the technology to build a vacuum chamber to model space conditions and test materials of space usage there. The modeling relieved the Chinese of the need to experiment in real space and allowed to save a lot of money, as it helped reduce the number of experimental launches.

Since the scientific cooperation was of the open commercial character, physicist Danilov was very surprised to know that he had been charged with divulging a state secret. In addition, the charges brought against the scientist implied a serious flaw in the work of the Russian special services, as they controlled all important information delivered to foreign companies. FSB officials had to have rather relevant facts to set up their agents. The participation of a certain third party, whose interests were also involved in the contract, is not ruled out at this point. It brings up the idea that it was the US authorities, who played the role of the third party. The Russian authorities had to take their claims into consideration, albeit unwillingly. The fuss and trouble with the investigation becomes clear, as well as the fact that the court eventually acquitted the physicist: Danilov was released from jail and even ran for the position of a deputy. That was an outstanding thing to happen, as the punitive justice works well, without any flaws. The protest, which was filed by the Office of the Public Prosecutor later, triggered another investigation. Danilov was arrested again, which became an open manifestation of a conflict happening between certain forces. The USA's implication was obvious.

Russian scientists have found themselves in a horrible situation. They have been deprived of their guarantees, their rights have been violated. Russian scientists take great risks when they establish commercial relations with foreigners and conduct scientific cooperation in the field of hi-tech technologies. Even if the Russian special services control the entire process, a claim from Uncle Sam can surface at any moment, and a Russian physicist will be jailed for divulging state secrets.

Someone will probably consider the article offensive or unbelievable. This way or other, we live in the new geopolitical reality, and one has to deal with it. American foundations pay wages to the Georgian president, Russian mass media are funded from abroad, and politicians keep talking about the need to cooperate with the USA. We are not against the cooperation with America, we can only welcome it, but it is supposed to be open, honest and legal in all fields. The society should always control it in order not to let it harm Russian citizens' rights.