Not all Muslims are terrorists, but almost all terrorists are Muslims

The issue of terrorism is one of the most important and painful questions of the modern society. Thousands of articles and books have been written about the reasons of this phenomenon, hundreds of movies have been made on the matter too, politicians and public figures have dedicated countless speeches to the question too. No wonder that the notion of terrorism has been surrounded with many stereotypes, which makes it rather hard to look into the essence of it. We do not claim to define the truth of the phenomenon in this article, but we will try to ponder it over and point out most common cliches about terrorism. 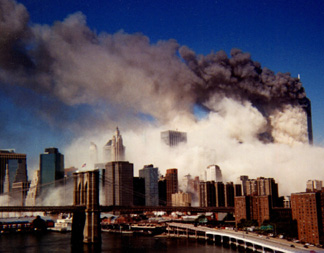 “The clash of civilizations.”

The term was introduced by the Samuel Hungtington from Harvard, who published his article “The Clash of Civilizations” in 1993. The article became rather fashionable in up-to-date science of politics. In the article, the US scientist clearly brought out the inevitable conflict between the West and the Islamic bloc. One may see that world events after the tragedy of 9/11 were similar to Hungtington's description: a war broke out between the West and a part of that bloc. Terrorists' leaders and ideologists caught up their enemy's terminology, slightly modified it in their own way and said that the West had launched a crusade against the Islamic world.

“Not all Muslims are terrorists, but almost all terrorists are Muslims.”

This is quite a popular phrase – even Arab journalists use it. It is easy to explain, why the phrase appeared: almost all recent bloody terrorist attacks have been carried out by Islamic people. It is noteworthy that the term is presumably aimed at the Western society. In other words it means that the West does not care about Maoists in Nepal eliminating dozens (or even hundreds) of peasants every week; that Sunnites in Pakistan explode Shiite mosques; that Hinduists and Sikhs have been exterminating each other for decades. These phenomena can in no way be described as the “clash of civilizations.” The saying “all terrorists are Muslims” does not fit here either.

“The USA is the central stronghold of the Western civilization”

This is not a correct affirmation to make, but it is a widespread one too. Proponents of this point of view believe that the USA is carrying the burden of being the central fighter in the struggle against Muslim extremists. Other countries either help or hamper this struggle. The latter concerns European countries, France and Germany in particular, as they refused to back up the US-led war in Iraq. In addition, the European press is being quite negative about Israel's politics – the USA's closest ally in the Middle East. To crown it all, Europe is said to have surrendered to Muslim radicalism because of large Muslim communities in Europe.

The list of anti-terrorist struggle stereotypes is not limited to the ones mentioned in this article. We have exemplified only most common expressions, which put down their roots in the Western society (not in the entire Western society, of course, although in a big part of it). Modern means of communication make it very easy and fast for stereotypes to spread, although it does not imply that they vanish from life as quickly as they appear. Furthermore, it does not mean that they help us solve real problems. It is much easier to manipulate people, when they are not prone to dwell upon the reasons of this or that phenomenon.