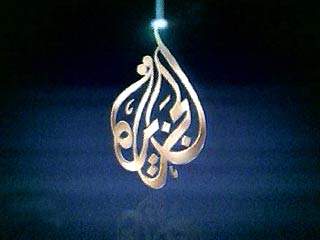 Israeli businessman Haim Shiban intends to acquire 50% of shares of Qatar-based satellite TV channel Al-Jazeera. The channel has gained reputation after the September 11 attack in the US; it has become one of the world's leading channels providing coverage of the latest news of the Arab world. The information has been reported Saturday by a Lebanese newspaper Al-Mustakbal with reference to Israeli sources.

According to the Lebanese newspaper, for the last several months, the Israeli businessman has been having talks with the channel's owner Sheikh Khamad ben Khalifa al Tani regarding this matter.

The offer has first been made to emir about six months ago during his visit to Qatar along with American ex-president Bill Clinton. The newspaper reports that emir took the offer seriously. Both men began negotiating. However, their talks ended after emir decided to audit the channel.

According to the newspaper, Shiban has purchased a portion of American company Fox for $1.5 billion USD. In addition, last year he's become a shareholder of a German company Bru Sat 1 for 225 million Euro. He also owns 23% of shares of second Israel's channel, reports RIA “Novosti”.

Author`s name Andrey Mikhailov
17:35
Death toll from Turkey deadly quake rises fast to 1,100 and counting
18:54
Ukrainian soldier uses chainsaw and fire to release US howitzer from ice trap
18:30
Onet: Ukraine will lose in six months due to shell shortage
17:36
Russian troops defeat Ukrainian troops in Zaporizhzhia region
14:50
Number of foreign mercenaries in Ukraine continues growing
14:17
Russians buy more than 50 tons of gold in 2022
13:57
Russia will not talk to Ukraine. Russia will talk to the West
13:34
USA's plan to give 20 percent of Ukraine for peace hoax
12:51
Medvedev: Ukraine as a state to be devastated, go bankrupt and be turned into colony
19:57
Russia will use all of its military potential to counter Western arms supplies to Kyiv
Drone with large air bomb on board explodes over Kaluga in western Russia