“Americans should refrain from conflicts with Iraqis” 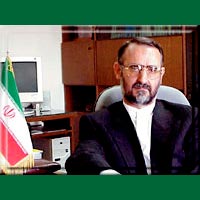 Ambassador of Iran in Russia Mr. Golomreza Shafei commented on the situation in Iraq and Iranian cooperation with Russia in the sphere of nuclear technologies.
Newsinfo Iraqi Shiites have always been close to Iranian people? How do you estimate Shiites’ uprising in Iraq?

Golomreza Shafei Lately some wrong actions of the occupation forces of the coalition caused negative events in the area populated both with Sunnis and Shiites. The missile hit the Mosque in Falludjah and destroyed it. By the way, this is the town populated with Sunnis, and its several residents were killed in the missile attack. Tension arises in the Southern part of the country populated with Sunnis as well. I believe that next Sunday, April 18, the anniversary of the death of the third Shiites supreme cleric, imam Hussein, will be accompanied with riots. Millions of people will come to Kerbela and other towns to commemorate the anniversary.

The uprising started after the occupation forces issued an arrest warrant for a man close to cleric Sadr. We tried to calm down both the parties. Iran passed its peace overtures to the coalition forces via Iranian representative in the UN. Iranian Foreign Minister discussed the options to settle the problem at the meetings with UN secretary-general Koffi Annan and Italian Foreign Minister.

We are trying to persuade the Iraqis who are close to Iran, to turn to the peaceful solution of the conflict. Prominent Iranian cleric Sistani called people to calm down. At the same time, he condemned the deaths of civilians. In my opinion, coalition forces should refrain from conflicts with Iraq Shiites.

Newsinfo How do you think the situation in Iraq could be brought to a peaceful solution?

Golomreza Shafei I think the power should be passed to Iraqi people by law as soon as possible. The UN should supervise handing the power. If American continue ignoring the opinion of the international community, the tension in Iraq will be preserved. The position of Americans causes tension.

Newsinfo Will Iran participate in the possible UN monitoring implementation of the peaceful solution of Iraqi conflict?

Golomreza Shafei Certainly. Today we take maximum efforts to stop the conflict. Iran was one of the first countries to send the delegation in Iraq after the war and to recognize the governing Council of Iraq. We are ready to send Iranian delegation to arrange negotiations between the opponents.

Golomreza Shafei Iran and Russia were accused that they were developing nuclear weapons while constructing the atomic power station in Busher. Both Iran and Russia made many statements that Iran is developing only peaceful nuclear programs. Mankind has the right to take advantage of the peaceful nuclear technologies. At the same time, Iran considers producing nuclear fuel for research and use in atomic power stations as its legal right.

In compliance with the International Atomic Energy rules, Iran has the right to construct several atomic power blocks which could produce up to megawatt of energy. From the economy point of view, producing nuclear fuel in Iran for supplying these power blocks is justified. The noise was made when we announced about this. We have nothing to hide, and for this reason Iran signed the additional protocol of International Atomic Energy Agency and allowed the Agency’s inspectors to attend our nuclear objects. However, Americans continue exerting pressure on Iran. 30 years ago Americans confirmed that Iran needs 30,000 megawatts of atomic power. Today the USA states that Iran is not authorized to produce even 1,000 megawatts of atomic power. This makes me think that Americans just cannot tolerate the independent state of Iran. Like they cannot stand the independence of Russia.