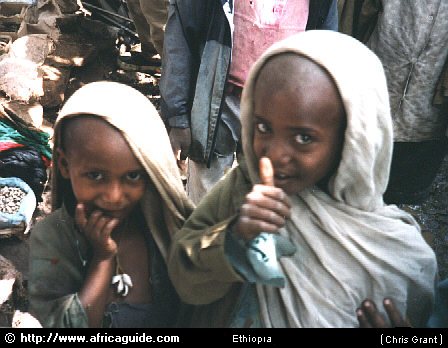 Africa awakes to take measure of its problems and face its future with solidarity, optimism and resolve.
Inaugural Session of Pan-African Parliament was held on March 18th, 2004 marked the inauguration of the Pan-African Parliament in Addis Ababa, with five representatives from every country, at least one of whom must be a woman.

President Joaquim Chissano of Mozambique, currently President of the African Union, presided over the cerimony in the Ethipioan capital yesterday as the Pan-African Parliament was launched.

A message from Kofi Annan was read by his representative Tuliameni Kalomoh, in which the UN Secretary-General stated that "Through the Pan African Parliament, the authentic voice of the peoples of Africa at long last will have a more direct influence on policy and action in the Union".

The first bold act of the Parliament was to elect a woman as its president, Tanzania'sGertrude Mongella, who has spent three decades campaigning for women's rights. This is more than a symbolic step - it is the beginning of a commitment towards the implementation of gender equality in the continent.

This process begins with a top-down approach, with half of the ten members of the African Union Commission and 20% of the members of the Pan African Parliament being women.

The adoption of Gertrude Mongella as the President of the Parliament saw three minutes of cheering and banging on the tables. While some members wanted an acclamation by unanimity, President Chissano insisted on the letter of the law being upheld and a proper voting process saw 166 votes cast in her favour, 13 abstentions and 21 against. Gertrude Mongella promised to be guided by the principles of partnership between men and women - and peace.

The African Union moves steadily towards a democratic and meaningful approach to solving its own problems, with the African continent holding the executive power over its citizens, through the implementation of the New Partnership for Africa's Development (NEPAD). This Partnership is a common pledge to eradicate poverty and create sustainable growth and development at a national and continental level, as an active participant in the international community.

With Africa solving its own problems through the African Union, the continent can start to address its problems from within, with people who understand the questions first-hand. The backwardness and poverty in Africa is the legacy of years of imperialism, colonialization and exploitation, in a world which preaches equality of trading conditions but practises protectionism, imposing tariffs on imports and conceding subsidies to exporters, holding Less Developed Countries down, holding them back and shutting them out.

Half of Africa's population (nearly 700 million people) live on less than one USD per day. Life expectancy is 54 years of age, the infant mortality rate for children under five being 140 per thousand. 41% of people over 15 are illiterate, many others functionally illiterate, less than 60% have access to safe drinking water. There are 18 telepnone lines per thousand people in Africa. In the more developed countries there are 567.

By pooling its human and technological resources, commiting itself to ediucation programmes and by controlling its own wealth and affairs, Africa takes the first stpes towards appearing as an equal on the international stage and not appearing as the perennial poor man, humiliated and disrespected, holding out his hand for another hand-out from more developed countries whose response to Africa's needs has historically been so abomianble.