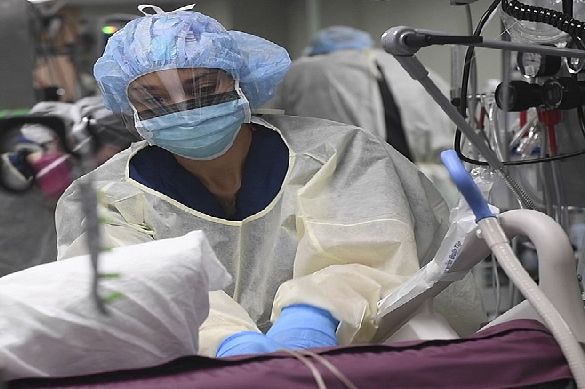 More than 84 million people infected across the globe, nearly 2 million dead up to now: Excessive political use of the pandemic everywhere - and financial profit -, while humankind should be reflecting, widely debating about practical lessons to be learned from the current hard times the world is facing.

Solidarity, prevention, more attention to science (starting by journalists), leadership focused on public interest, less power to big companies: Topics that the world is missing as the new virus strain is quickly, aggressively spreading through the globe - and more elections are piling up around the world in the face of fierce, old power disputes -, or at least the global societies are not giving the due importance to.

The most respected analyst of out generation, author of more than one hundred books, the most cited person after Bible and Shakespeare and called "the father of modern linguistics," in the following talking to the Brazilian reporter, Doctor Chomsky points out urgent alternatives to the world system from his home in Tucson, Arizona, where he quarantines with his Brazilian wife Valeria.

Doctor Chomsky has been, as always, a singular authority when commenting on new coronavirus to several media outlets all over the planet.

One of the few sober voices in a polarized, paranoid, selfish world, speaks below about lessons to be learned from the new coronavirus. In a time that should be of much reflection to everybody, everywhere.

Edu Montesanti: Professor Doctor Noam Chomsky, first of all, I would like to thank you so very much for the unspeakable opportunity of interviewing you, though I cannot find words to express my gratitude, and what it means to me. What lessons the new coronavirus will leave for humankind?

Professor Doctor Noam Chomsky: There are several important lessons, some vital right now. This pandemic could have been prevented if the political leadership and the general public had heeded the advice of scientists after the SARS epidemic was contained in 2003. They did not.

The knowledge and capability to use it were there, the will to employ them was not. The pharmaceutical industry, bloated with wealth, was not interested. Its concern is profit tomorrow, not the common good.

Governments have the scientific and financial resources but are hobbled by the neoliberal dogma that decisions and plans have to be shifted to unaccountable private power. So little was done.

We now face similar questions. We hear much the same warnings and advice from scientists as we did in 2003. The same institutional barriers stand in the way of averting the next and very likely more severe pandemic.

We have the knowledge and capability. If the lessons are learned, we can prevent further catastrophes.

To what degree, do you think, will humans as a whole learn these lessons?

A realist, looking at the record, would give a grim answer.  But we must be guided by what Gramsci called "optimism of the will'.

What countries would you highlight in combating the coronavirus, and, if so, learning today the lessons you pointed out?

Asia and Oceania by and large have done quite well, in some cases, spectacularly so. Vietnam, with a long border with South China, has had virtually no cases. Several African countries reacted quickly and expeditiously.

Some countries, under leadership combining malevolence and incompetence, are suffering badly and needlessly.  The two major countries of the Western hemisphere, the US and Brazil, are prime examples.

It has been said by some across the globe that the new coronavirus poses the worst pandemic in human history: Do you agree with this view, Professor Doctor Chomsky?

It's bad, but nowhere near as bad as the 1918 "Spanish flu" which actually originated in Kansas [Midwestern United States], and was spread to Europe by American servicemen, then beyond.

At least 50 million deaths, in a much smaller world population.