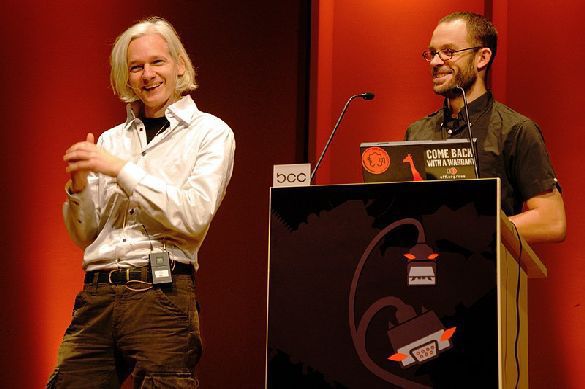 The US Constitution gave presidents "power to grant reprieves and pardons for offenses against the United States, except in cases of impeachment (Article II, Section 2)."

Throughout US history, sitting presidents used this power thousands of times.

Jack Kennedy pardoned, commuted, or rescinded the convictions of 575 people.

Included were first time offenders  of crimes under the 1956 Narcotics Control Act.

Ronald Reagan pardoned, commuted, or rescinded the convictions of 406 people.

On December 31, 2013, she was judicially granted a compassionate release and freed.

Trump pardoned, commuted, or rescinded the convictions of 45 individuals - including the politicized conviction of former Illinois Governor Rod Blagojevich.

Thousands of political prisoners languish in US prison confinement, including Mumia Abu-Jamal, Latin American activist Ramsey Muniz, the Cuban 5, Aafia Siddiqui, and Leonard Peltier, among many others.

With little more than a month left in office, will Trump pardon Julian Assange or commute his politicized indictment and UK imprisonment at the behest of his regime?

Charges against Assange were and remain spurious.

They're all about waging war on truth-telling investigative journalism the way it should be conducted, providing vital information on issues related to the rule of law, fundamental rights, and the public welfare.

Everyone in the US has the same right, what the First Amendment is all about, affirming speech, press, and academic freedoms.

It's the most fundamental of democratic rights, what bipartisan hardliners in Washington want compromised and eliminated.

Arresting and detaining Assange by UK authorities for extradition to the US for prosecution is all about wanting truth-telling on vital issues suppressed.

He's bogusly charged in the US under the long ago outdated 1917 Espionage Act.

Enacted during WW I, it should have been rescinded at war's end.

"Mr. Assange's arrest (in Britain) and possible extradition (to the US) to face charges related to an alleged conspiracy with Chelsea Manning to publish documents that exposed corruption and criminality by numerous private businesses, tyrants, and countries worldwide is ultimately an attack on press freedom."

"The arrest sets a dangerous precedent that could extend to other media organizations...particularly under a vindictive and reckless (regime) that regularly attacks journalistic enterprises that, just like WikiLeaks, publish leaked materials that expose government corruption and wrongdoing."

"This is a worrying step on the slippery slope to punishing any journalist the Trump (regime) chooses to (falsely) deride as 'fake news.' "

"It comes in the backdrop of even further cruelty toward and imprisonment of Chelsea Manning, who continues to defend the integrity of her heroic decision to act as a whistleblower and expose US government atrocities it committed in Iraq.

"The United States should finally seek to come to terms with the war crimes in Iraq that it has committed rather than attack and imprison those who sought to expose the truth of it."

In March 2020, Chelsea Manning was released from politicized confinement.

The judicial ruling came after being unjustly imprisoned for invoking her constitutional right of silence.

She refused to be part of grand jury proceedings that aimed to crucify Julian Assange unjustly.

For now at least, she's free. He's not. Will Trump reverse injustice against him?

Before leaving office on January 20, will he order him freed from illegal UK prison confinement (at his regime's request) for the "crime" of truth-telling journalism?

On December 12, UK Sky News reported on what it called a "high-level push" for his release in the waning days of Trump's tenure.

UN Special Rapporteur on Torture and other Cruel, Inhuman or Degrading Treatment or Punishment Nils Melzer once again called for his release, saying the following:

"Mr. Assange is not a criminal convict and poses no threat to anyone, so his prolonged solitary confinement in a high security prison is neither necessary nor proportionate and clearly lacks any legal basis."

Will Trump do the right thing and set him free at last, ending his long and unjust ordeal?