Mr. Biden, Who asked America to lead the world?

Mr. Biden, Who asked America to lead the world? 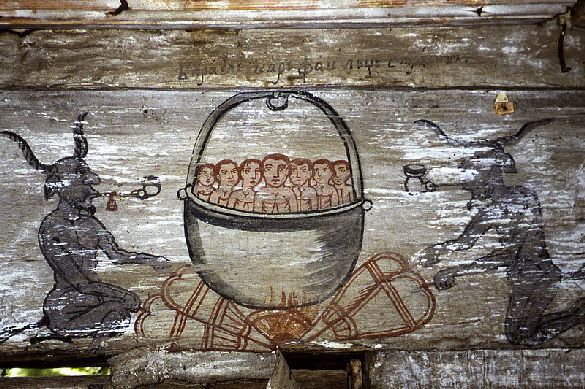 Wilmington, Delaware, Tuesday November 24th 2020. The setting for the most nauseating piece of pig-headed arrogance, shit-headed jingoism and wanton insolence delivered by that ridiculous figure cut by Joseph Biden, pretending he is young and fit by running onto stages like some kind of an idiot. What does he think he is, an athlete?

The jurisdiction of the POTUS is the USA. Period

The point is, the jurisdiction of the US President and his team starts and ends at the internationally recognised frontiers of the United States of America. This does not include Bolivia or Venezuela or the Amazon, it does not include South-East Asia, or Libya, or Syria or the Ukraine.

So we do not want that kind of leadership and anyway nobody asked Mr. Biden to lead the world, and especially him. Look at his own record, in the Obomber-Biden presidency. What a scam that was, promising change then bombing Libya, staging a Fascist coup in Ukraine, taking sides in the Syrian civil war.

Who was the Vice President when the Libyan electricity grid was strafed "to break their backs"? "Their" includes babies in incubators, screaming and gasping for breath, reddening, going blue and dying, asfixiated because some bastard in an airplane had bombed the electricity supply. Does Mr. Biden find that funny? Thanks Mr. Biden but we don't want your leadership.

Who was Vice President when the democratically elected President of Ukraine was ousted in a fascist coup, carried out by thugs who chanted Death to Russians and Jews and murdered Russian-speaking Ukrainians in Fascist massacres, in which cleaning ladies were strangled with telephone wires, people's sons and daughters were murdered by these hordes of demons. Does Mr. Biden find that funny? Whose son then took up a position in an energy institution in Ukraine? Thanks Mr. Biden but we don't want your leadership.

Who was Vice President when UNSC Resolutions 1970 and 1973 (2011) were breached by NATO forces which placed boots on the ground, interfered in the internal affairs of a sovereign nation and sided with terrorists on their own lists of proscribed groups? Who aided and abetted scores of terrorists as they stole and raped and committed arson and murder? Does Mr. Biden find that funny? Thanks Mr. Biden but we don't want your leadership.

Who was Vice President when the Syrian Civil War started and who sided again with terrorists, as they raped nuns, gang-raped little girls before and after they were beheaded and after they had been forced to watch their parents being tortured to death? Does Mr. Biden find that funny? Thanks Mr. Biden but we don't want your leadership.

Don't you dare inflict yourself on us

You personally are an example of the worst sort of politician to have inflicted himself on the USA, so don't you dare inflict yourself on the world. We do not want you, we did not ask for you or your leadership. Sort your own country out first, disband that disgrace which is Guantanamo Bay, a torture and concentration camp, get rid of your unwanted camps of rapists = your military bases, nobody wants them, everybody hates them and stop interfering where you are not called.

We want a world based around cleaning up the oceans, cleaning up the land, cleaning up space, a world in which habitats are protected and not destroyed, in which the focus is on development and not deployment, where money is spent on education and creating jobs, not bombing people, invading countries and cavorting with terrorists.

In that world, it is patently clear, the United States of America does not belong because it is incapable of cohabiting with others as an equal. It is not a country, it is a sort of country which is ruled by an elite Establishment with whom Biden rubs shoulders, a collection of first- and third-world regions with a bloated military composed of reasonable equipment, bad soldiers and massive numbers, which acts like a spoilt brat and a bully. The bully bullies until someone smashes his face down the other side of his neck.

Probably in the White House the Presidents are molly-coddled by sycophantic aides who tell them the world is dying to be invaded by the USA, everyone loves America and they all place their hands on their hearts and sing God Bless America whenever a bomb blasts the face off a child or blows a family away. What they don't hear in the White House is the seething hatred felt by everyone around the world, appalled at the countless invasions and wars perpetrated by Washington and revolted at the sheer arrogance and insolence which Washington calls Diplomacy.

So no, Mr. Biden we don't want your leadership.

Finally, Mr. Biden, do not insult Ireland by claiming to be proud of your Irish roots. You are as much Irish as I am Mongolian. Irish people are fun-loving and peace-loving. They do not invade people or drop bombs on schools or change governments in color revolutions. You are not Irish, you do not act like an Irishman. You are American and act like one.

So ladies and gentlemen we start off well, with this disgusting piece of pig-faced arrogance and shit-headed insolence from this soldier of Baal, a disgrace to his Catholic faith, to Christianity and to the world. Watch this one, do not believe a word he says. A hypocrite is a hypocrite, what Catholic would stand by while mass murder was committed by his country, several times over?