The banality of the evil of doctors and journalists

NOTE - In these never ending COVIDian days, voices of dissent and criticism on the management of the pandemic crisis multiply in Italy. However, these voices are not yet enough for a change of action and perhaps they never will be.    by Ruggero Anella 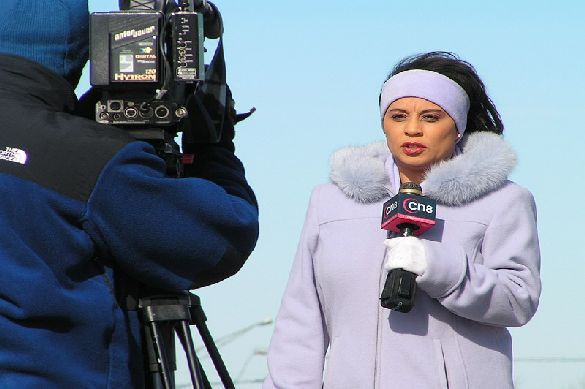 "Evil defies thought, because thought tries to reach depth, go to the roots, and the moment it seeks evil, it is frustrated because it finds nothing." H. Arendt

The great machine of Western capitalism closely resembles that of the Third Reich. What has been done to COVID patients is a crime against humanity.

It is a machine that produces horrors, made by good people. They obey the rules, follow orders.

Take an 80-year-old senior, who in March 2019 caught the flu. The intervention of  [his/her] family doctor, who would prescribe common drugs, saved his life. After a maximum of 15 days he could get back in shape and pick up his grandchildren at the school bus stop.

Take some elderly people who got the flu in March 2020. The terror that it was COVID-19 made them go to the hospital. Once it was ascertained that they was sick with COVID, they was quarantined, taken to the COVID ward, overcrowded with other patients. They was given an artificial fan that covered their entire head. Intubated. They was shot with oxygen in their lungs, which they could not receive. By not entering the blood, oxygen actually "burned" those elderly lungs. The 80-year-old patients has not seen or heard from their family for weeks. Their family members don't see them, they don't know how they was. The 80-year-old patients die, by the cure, not by the virus. They die alone. Their family cannot give them the funeral. Their bodies will be burned. They left the house in an ambulance, returned home in an urn. This is what their family saw, without seeing anything in between.

If the protocols of the WHO send hospitals and the National Health System to collapse, why don't doctors question those protocols, facing the National Health System itself? Which they should have done incessantly over the past few years due to systematic cuts in health care spending. Instead of following orders and obeying. And in the case of healthcare executives, deciding what to cut and what not.

Hospitals have become "test-kit factories". And hospitals take a lot of money for tests. Which doctors themselves know they are not correct diagnostic tools in most cases. But in order not to make a mistake, in order not to let elderly patients go home, who could go into a respiratory crisis the next day, they are sent to the COVID ward. One cannot take responsibility for a person's life, better to let that responsibility be entrusted to protocols made by other doctors, the technicians who work for WHO, on the payroll of Big Pharma.

The patient who could have been saved by staying at home, with the prompt intervention of a family doctor, is instead murdered in the hospital. And his murder is very costly for the State.

The Italian State finances the World Health Organization and carries out its directives to the letter. The Italian State is in fact the employer of doctors. It is difficult to go against your employer, few succeed.

The "banality of the evil of capitalism" is softer than that of Nazism, because a dissident doctor today risks be fired, not hanged. But that's enough to maintain the silence of the medical profession. Career, salary are worth your life. If you don't die hanged, you starve.

There are few honest and courageous doctors today. Comedonchisciotte.org has given them space and will give them more and more. This battle can be won only by contrasting science hired by financial powers with the science of those who have decided to serve the citizens and science itself.

The logic of doctors' obedience to the health system alone would not have been enough to make the great global deception of COVID possible. Obviously, a social engineering operation of this magnitude needed the main tool of the masters of steam: the media system.

I worked for several years as an assistant operator for a company that supplied the troupes for Rai and La7, TG or Talk Show. I met hundreds of journalists. Humanly, they were all good people, sometimes we got along well together. But professionally they weren't journalists, they were propaganda operators. On car journeys, the editor-in-chief often called, I drove and the journalist sat next to me. I realized that he was the editor-in-chief not only from the conversation, but also from the tone of the reporter's voice, which became softer, tame. I have only witnessed a confrontation once, of the only journalist worthy of being called such that I have known, an important signature of TG2, with his director, who would have liked to say that a Corriere crew [1] had been attacked by anarchists close to the NoTAV [2]. Although that journalist was politically very far from the anarchists, he opposed that order, going so far as to raise his voice on the phone with his boss.

The banality of evil in the media system leads good people to become terrorists. Terrorists are those who terrorize the people for political purposes. They are terrorists, but they don't know it. Like the Nazi soldiers who brought Jews to the camps, they only carry out orders.

The COVID war bulletin, opening of every TG, political talk show, is the machine gun aimed at the people's head. Even if the machine gun appears empty, in the face of small numbers of infections and deaths, it is always scary.

This is how the banality of evil creates the evil of banality: the ultraCOVIDs.

UltraCOVID is a teacher, a worker, a saleswoman, a lawyer, a financial consultant. They are our relatives, our friends. The general public legitimizing the nascent dictatorship in the name of health. UltraCOVID believes mainstream journalists and doctors, as it always has. It couldn't do otherwise.

The ultraCOVID is the one who will agree tomorrow with the creation of concentration camps for the unvaccinated, the human beings who will refuse to obey the dictatorship.

The ultraCOVID will live quietly, with his microchip in his right hand, which will open the doors of the metro for him, with which he can pay for his groceries at the supermarket checkout. Not caring that whoever controls that technology will come to know what you think faster than your own thoughts. Not caring that an operator from 10 thousand km away can decide whether or not to release substances into your body. If you obey, and you are not a threat, you can live. As a slave. The new religion of the Great Society makes you prefer to live long, than to live according to moral principles, which will open the doors of Heaven (or whatever you prefer) to you. For ultraCOVIDs it seems to be more important to open the doors of the supermarket.

The COVID civil war goes on, it goes fast. The American Civil War could start today, even if it actually started 4 years ago.

The scenario we face is bleak. It makes you fear that war is really the only solution.

Hannah Arendt could not have known the evil of power behind the COVID terrorist operation. This evil is anything but trivial.